A look at the 100 largest markets in the U.S. shows where the most competitive rental markets are and what is driving the competition, according to research from RentCafé.

Using Yardi proprietary data, RentCafe looked at how many days rentals were vacant in the first part of 2022, occupancy rates, the number of renters competing for an apartment, share of renters who renewed their leases and how much the apartment inventory increased. 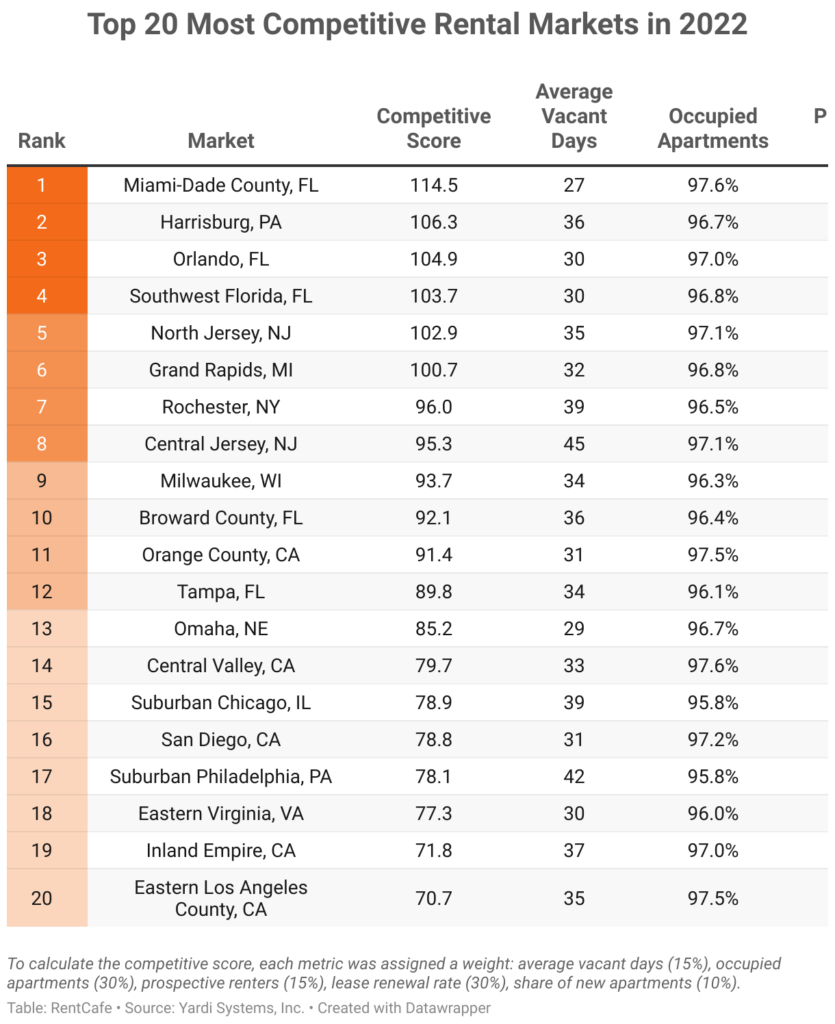 The wave of migration to Florida during and after the pandemic is one reason for the big jump in Florida lease competition.  Good weather, low taxes and good employment opportunities also are a reason.

Also in some markets the lack to any new apartment availability has led to the competition.

For example in Harrisburg no new apartments were opened between January and April prompting about 75 percent of renters to stay in their existing apartments, creating a highly competitive environment for anyone seeking to find rent. As a consequence, the average rental unit was filled in just 36 days, and as many as 19 renters competed for an apartment here.

“More and more house hunters are starting to feel the strain of surging inflation and mortgage rates. As a result, they are delaying or completely giving up on their dream to become homeowners, which puts even more pressure on the apartment market,” RentCafé writes in the report.