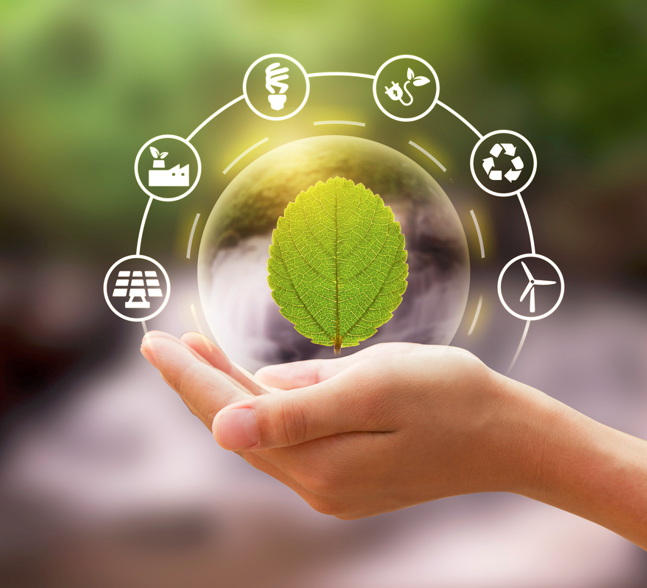 The green resident wave is already bearing down on the multifamily industry as more environmentally conscious residents begin to dominate the leasing market.

Environmental measures have faced slow adoption in the multifamily industry. The reluctance is understandable. After all, owner/operators, along with everyone else, have been told for years that the green boom was on the way.

The truth, however, is that the green resident wave is already bearing down on the multifamily industry. As more environmentally conscious residents begin to dominate the leasing market, it’s the green buildings that are set to rise above the competition. Multifamily communities are faced with taking action now to adapt and thrive in the shifting leasing environment. Those that don’t will face the inevitable consequences of needing to rebuild.

About 36 percent of multifamily developers are involved in green projects, a number that’s expected to increase to 47 percent in 2022, according to a recent report by the National Association of Home Builders. In addition, a recent analysis by Bloomberg predicted that global environmental, social and governance (ESG) assets are expected to top $53 trillion by 2025, which is more than double what they were in 2016 and which make up around 33 percent of the market.

Sound environmental preparation is not only important for a community to distinguish itself from competitors, but it’s also developing into a necessity to secure investment funding for new projects, updates and conversions. ESG is becoming an important factor for investors, looking at the increased demand by society and becoming more green-conscious themselves. Fannie Mae offers preferential pricing on loans for multifamily projects that seek one of the lender’s recognized green building certifications.

ESG certifications, such as LEED, significantly raise the value of a building, making them necessary moving forward. The multifamily industry is reaching the point where ESG certification and sustainable building practices will become an unavoidable part of projects. ESG is no longer daunting, and both private and public companies are putting greater focus on it. Private companies are creating policies and programs, as well as sharing their efforts online. On the public side, earnings calls contain a greater focus on the company’s ESG efforts, and even private companies are beginning to feel the pressure.

The race to be at the forefront of ESG allows owner/operators to begin implementing the amenities that are soon to be must-haves, not nice-to-haves.

Electric vehicle (EV) demand among consumers has been on the rise for years. It regained steam after a brief dip in sales during the pandemic, bolstered by economic and global turmoil. Sales of EVs more than doubled from 2020 to 2021 and tripled from 2019, according to sales data from Green Car Report.

Nearly 23 percent of licensed U.S. drivers stated they would purchase a new or used electric vehicle, according to a YouGov poll conducted for Forbes Wheels. While this may not seem jarring, this number is significant, as it’s eight times the number currently on the road. In the same group, 65 percent of respondents said they believed EV is the future of the automobile industry.

The auto industry is in agreement with this view, developing fully electric and hybrid vehicles at unprecedented and accelerated rates. There are more than 50 electric vehicle and plug-in hybrid electric vehicles (PHEV) models currently available on the market. Acura, Audi, Chevy, Chrysler, GMC, Honda and every other major car manufacturer is slated to release at least one, if not many, EV models in the next five years. Ford recently stopped reservations on the base model of its new 2022 F-150 Lightning after receiving 200,000 requests in just months.

New companies, such as Rivian, Canoo, and Byton, are not making splashes in the auto industry, but massive waves. California-based FISKER has more than 40,000 reservations for their Ocean SUV model being fulfilled in July 2022. Lucid, another new electric company, had their model Air named the 2022 MotorTrend Car of the Year.

As the number of electric vehicles on the road begins to increase, owners need EV chargers – and they’re going to put their rental dollars into housing and communities that offer this amenity. This is going to create a snowball effect: As the number of communities that supply chargers increases, sales of electric vehicles are predicted to increase, thus creating greater demand for chargers.

A recent study by NMHC/Grace Hill showed that close to half of millennial and Gen Z renters put a greater emphasis on smart tech than other generations. In 2021, Gen Z was the only generation that saw an increase in the number of leasing applications, and they are credited with the recent resurgence in urban multifamily leasing.

Of the top two smart tech gadgets these green residents desire, one of those is smart thermostats, which provide residents greater control over energy use and access to local usage programs. They aren’t just for residents, however. Owner/operators can utilize smart tech to control utilities in unoccupied units to maximize savings.

In addition, there is smart tech that can detect leaks, control water usage, control lighting and HVAC in common areas, and improve building health, along with a whole host of other environmentally friendly, cost-saving measures. Not only will these increase net operating income, but they’re also the green items residents are seeking out.

When it comes to the environment, “As California goes, so goes the nation” tends to hold true. The state has been a bellwether for social change for a while now, even if many don’t want to agree. California ushered in a composting requirement, which includes multifamily, at the beginning of 2022. There are several other states, counties and municipalities that have also started efforts to require or encourage composting efforts.

Denver ran a pilot program for recycling to reduce waste in the near future. The goal is to eventually make proper recycling a condition of a resident’s lease.

The number of people who grew at least a portion of their own food rose to around 35 percent in the summer of 2020 during the pandemic. Now that restrictions have eased, community gardens in multifamily housing is a great amenity that brings residents together and can provide people with a new skill.

The EPA Water Score provides owner/operators with an analysis of their water use compared to similar properties and shows how to make adjustments to a property to maximize its water, energy and sewage systems.

After years of false starts and predictions, the green resident wave is arriving on the shores of the United States with full force. Multifamily owner/operators will need to begin a serious evaluation of their current portfolio and upcoming projects to determine if they’re ready for this unstoppable change in the culture.

Regan Hartley serves as the vice president of sales for Xeal Energy, where her focus is on strategic partnerships and new business development, sales strategy and collateral development, national accounts, marketing and brand development, and product and market growth. Regan is an investor, innovator, and advisor with more than 8 years of experience in the multifamily industry.