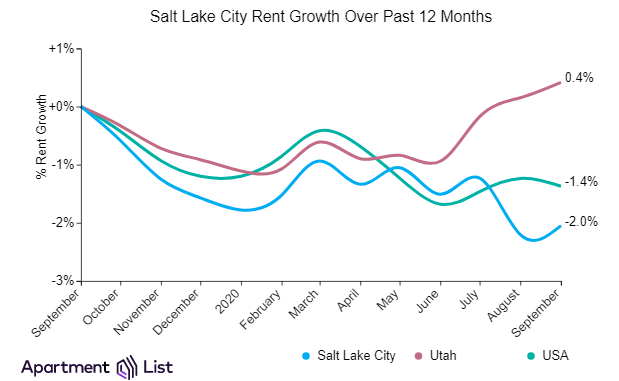 Salt Lake City rents have increased 0.2 percent over the past month, according to the latest September report from Apartment List.

Overall rents have increased in the city by 2.0 percent year-over-year.

Median rents in Salt Lake City are $918 for a one-bedroom apartment and $1,174 for a two-bedroom.

Salt Lake City’s year-over-year rent growth lags the state average of 0.4 percent, as well as the national average of -1.4 percent.

West Valley City rents declined over the past month 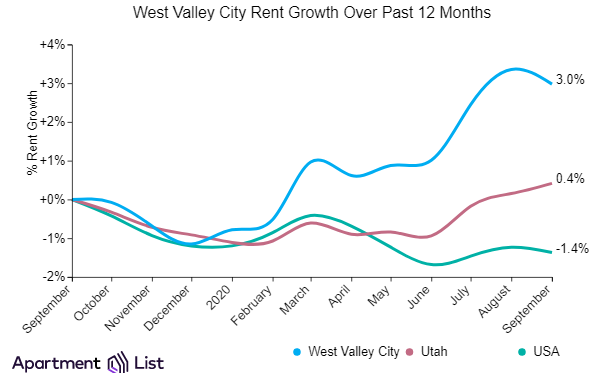 West Valley City rents have declined 0.4 percent over the past month

However, overall rents have increased moderately by 3.0 percent in comparison to the same time last year.