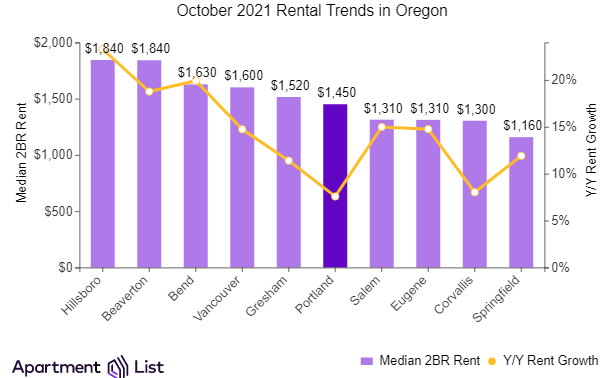 Portland rents increased only slightly by 0.2 percent last month while Seattle saw a slight decline of 0.2 percent, according to the November report from Apartment List.

However for the year Portland rents are up 7.6 percent and Seattle is up 15.4 percent in comparison to the same time last year.

Currently, median rents in Portland are $1,244 for a one-bedroom apartment and $1,451 for a two-bedroom. This is the ninth straight month that the city has seen rent increases. 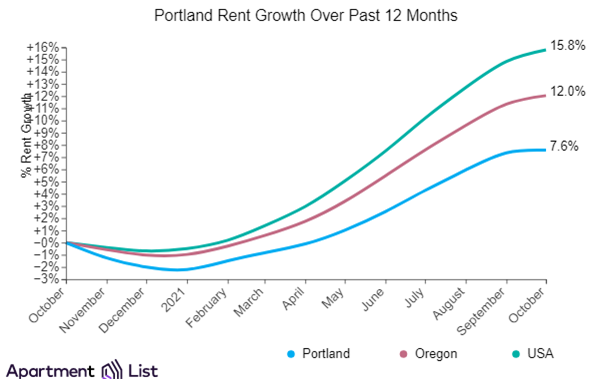 Throughout the past year, rent increases have been occurring not just in the city of Portland, but across the entire metro. Of the largest 10 cities that Apartment List has data for in the Portland metro, all of them have seen prices rise.

Oregon as a whole logged rent growth of 12.0 percent over the past year. 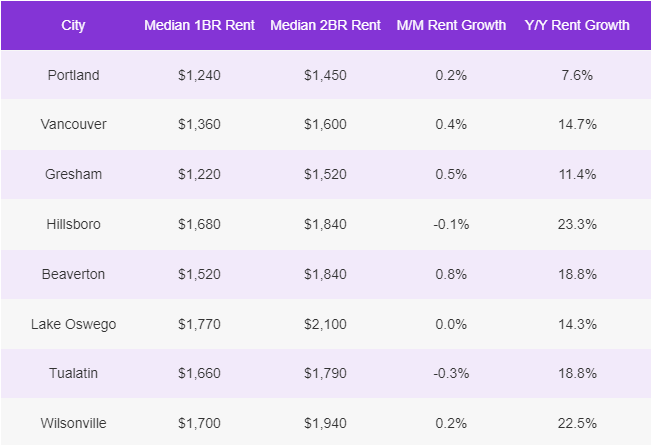 Here’s a look at how rents compare across some of the largest cities in the Portland metro and in Oregon:

Currently, median rents in Seattle stand at $1,726 for a one-bedroom apartment and $2,153 for a two-bedroom. 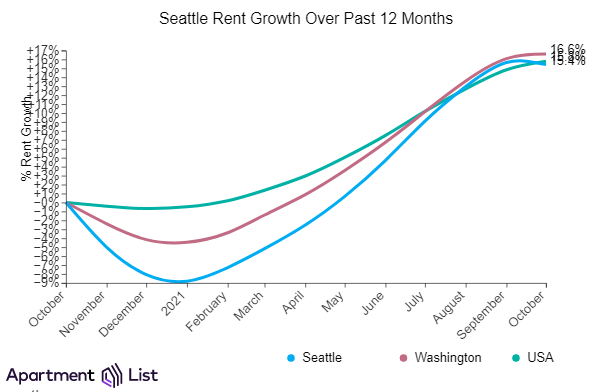 While up 15.4 percent, Seattle’s year-over-year rent growth still lags the state average of 16.6 percent, as well as the national average of 15.8 percent.

Here’s a look at how rents compare across some of the largest cities in the Seattle metro. 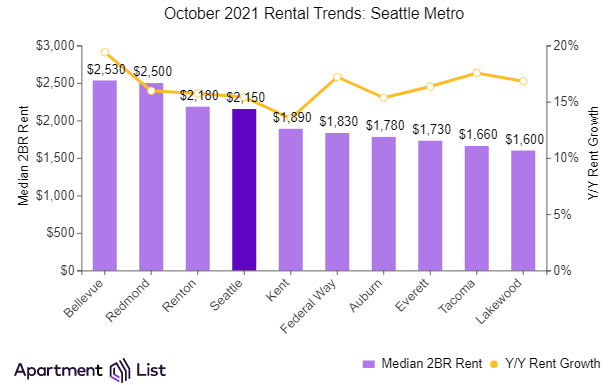 Demand Keeps Pushing Up Rental Rates For Another Month