The popularity of single-family build-to-rent homes continues to grow and is expected to hit an all-time high in 2022, according to a new study from RentCafe.

The pandemic has pushed renters to look for more space and developers are responding by constructing more build-to-rent communities in cities such as Phoenix, Dallas and Columbus, Ohio. 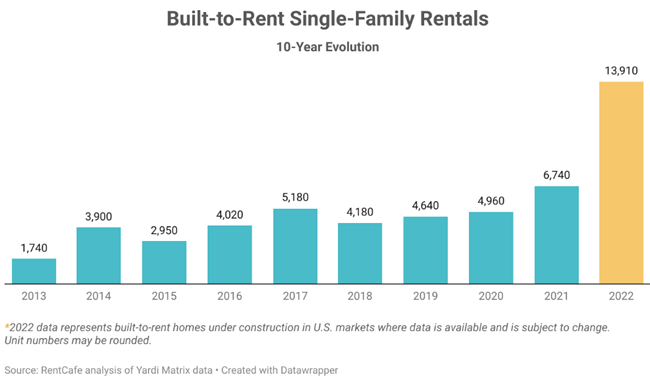 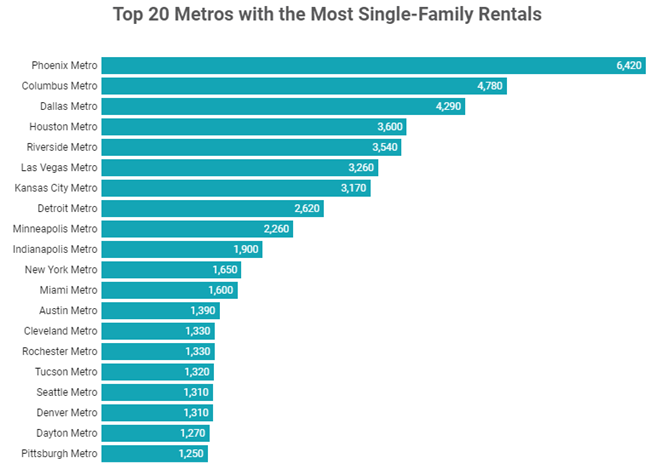 The report says the appeal of built-to-rent homes as a trend combines the financial and leasing flexibility of a rental with the amenities and convenience of a professionally managed property, all while living a single-family-home lifestyle.

As a result, everyone is interested, according to Shannon Hersker with Walker & Dunlop: “There is a misconception that the majority of renters are millennials when, in reality, you have everyone — including college students, empty nesters, families with kids, pet owners, and those wanting to downsize,” she said.

Because builders need large parcels of land to build on, rental-home communities are prevalent in low-density areas, with the majority (61 percent) located in suburbs.

“Undoubtedly, coronavirus has also impacted upon this increased popularity,” said Christopher Michael, architect and founder of archisoup. “Many are now moving out of the cities and apartment living to seek out more space in rural and suburban locations.”

Beyond its potential to become a sizeable force in the rental-housing market, built-to-rent houses are also a welcome alternative for those who want to move up from renting an apartment or those who are unable to buy in a highly competitive market, but who are willing to pay more for a rental, Hersker said. “Typically, BTR units are larger than the average apartment, and renters see the value in paying more for increased space and additional storage.” She adds: “Living in a BTR community allows the renter to socialize and share amenities, but also have their own yard and space to entertain.”

What Are Tenant Preferences In Single-Family Build-For-Rent?