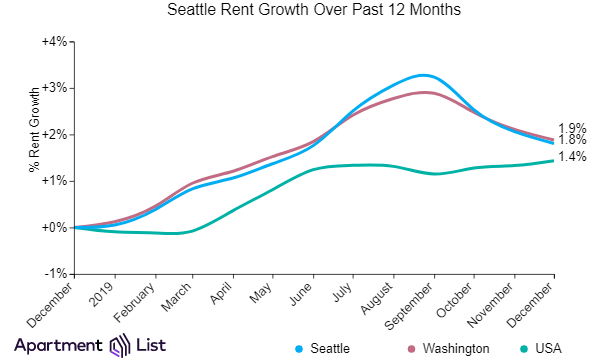 Seattle rents declined 0.2 percent over the past month, the third month in a row of slight declines, but have increased slightly by 1.8 percent year-over-year, according to the latest report from Apartment List.

Seattle proper rents over the past year lag the state average increase of 1.9 percent.

During the past year, rent increases have occurred not just in the city of Seattle, but across the entire metro.

Of the 10 largest cities that Apartment List has data for in the Seattle metro, all of them have seen prices rise. 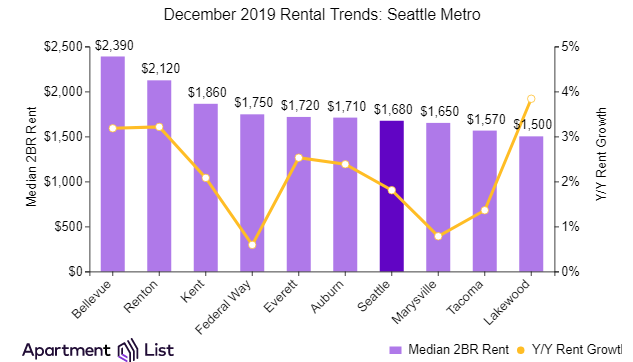 Here’s a look at how costs compare across some of the largest cities in the metro.

As rents have increased slightly in Seattle, a few similar cities nationwide have also seen moderate growth. Compared to most other large cities across the country, Seattle is less affordable for renters. 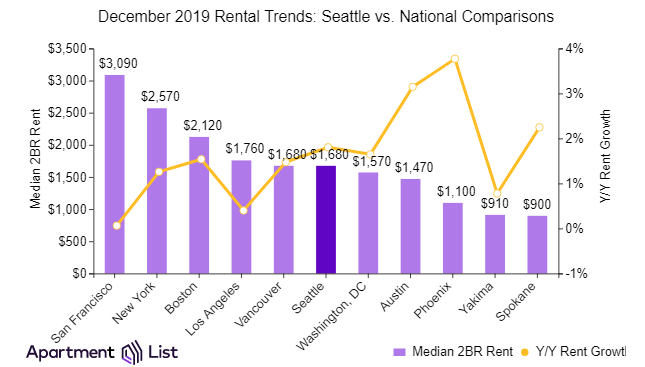 Rents increased slightly in other cities across the state, with Washington as a whole logging rent growth of 1.9 percent over the past year. For example, rents have grown by 2.2 percent in Spokane and 1.5 percent in Vancouver.

Nationwide, rents have grown by 1.4 percent over the past year compared to the 1.8 percent increase in Seattle.

While Seattle  rose slightly over the past year, many cities nationwide also saw increases, including Phoenix (+3.8 percent), Austin (+3.1 percent), and DC (+1.6 percent).