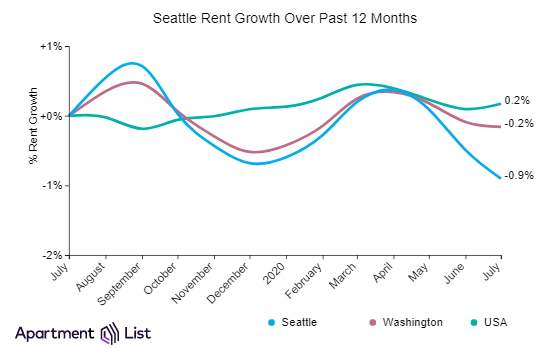 Seattle rents continued to decline for the third month, falling 0.4 percent in July, according to the latest report from Apartment List.

Rents are down 0.9 percent year-over-year in Seattle, where rents lag both the state and national averages for rents. April was the last time Seattle saw a rent increase.

While Seattle rents declined, over the past year the rest of the metro is seeing the opposite trend.

Rents are up in 6 of the largest 10 cities in the Seattle metro for which Apartment List has  data.

Here’s a look at how some rents compare across some of the largest cities in the metro. 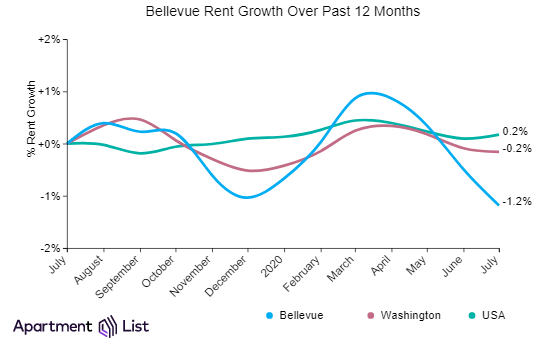 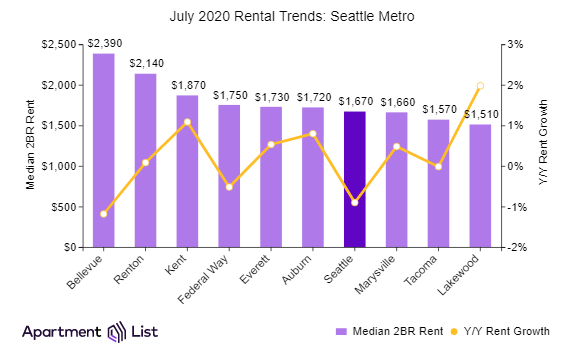 Tacoma rents increased moderately over the past month

Tacoma rents have increased 0.3 percent over the past month, but have remained steady in comparison to the same time last year.

Landlord Regulations – Should I Just Give Up?