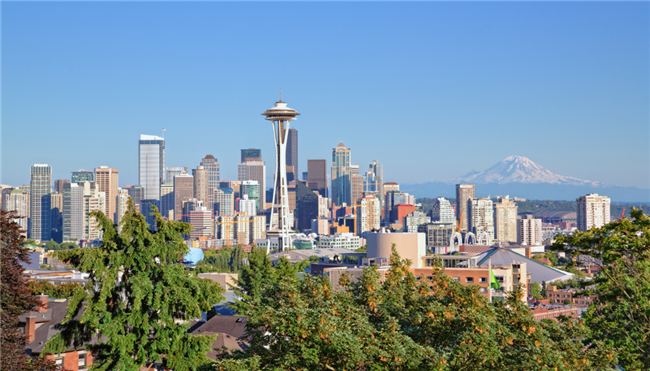 While the world has been all but flipped on its axis during the first half of 2020 in reaction to the COVID-19 pandemic, let’s take a look at what has been going on in the single-family rental market throughout King and Snohomish Counties.

For context, we review data published by our local Northwest Multiple Listing Service (NWMLS) which includes primarily single-family rental houses and condominium units.  There are some apartment units mixed in with the condominium category, but the vast majority of apartments in the region are not listed by NWMLS member brokerages.

With that in mind…

The total number of homes rented decreased by about 15 percent from the same period last year.

Like the real-estate sales industry, our ability to tour homes with prospective renters was (and to some degree still is) affected by health-protection measures.  We also attribute this drop-off to the reality that people didn’t move as much as they normally do this spring compared to previous years.  Mobility has been restricted and a lot more people have chosen to renew their leases instead.  Compared to the first half of last year, renewals increased by 10.9 percent among our portfolio (1,500+ homes), and looking back two years, renewals spiked by 29.4 percent comparatively.

We have also executed lots of short-term lease extensions for residents who had planned to move, but put their plans on hold for the time being.

Generally speaking, for the homes that did hit the market and rent between January and June, you would barely know that COVID-19 was a factor (at least on paper).  Average days-on-market slowed from 38 to 40, but this is a minor difference; 40 days on market is identical to this time in 2018. Overall rental values are up 2.8 percent from last year, and price per square foot jumped even more, by approximately 4.8 percent.

As you start to look closer, however, you’ll see where the true impact of COVID-19 hit the Seattle rental-housing market, and that is with condominium and multifamily units.  I am going to call this a “migrating demand” trend.

“Migrating demand” is the story of housing in response to COVID-19.

Around the world, people are fleeing dense city centers and searching for housing in suburbs or even in remote areas.  Recently published articles from sources such as the Wall Street Journal document this trend around New York City, and in other parts of the world migrant workers are leaving crowded cities and making their way back to the more remote areas from where their families originate.

Back to our specific region, market times for condos and multifamily specifically in the city of Seattle have suffered, slowing down by a significant 38.8 percent compared to the same time period last year.  As mentioned earlier, rents across the board have trended up in Seattle rental housing, but what you can’t see in the NWMLS data is how often concessions are being offered on executed leases (such as “first month free” on a condo or apartment rental, which is prevalent if you go looking around the various advertising sites).

We believe there are three key factors that explain the “migrating-demand” trend in Seattle rental housing.

The term “social distancing” has become inescapable and this speaks directly to the proximity of neighbors in condo and multifamily settings.  Shared amenities such as entryways, elevators, mail rooms, and other common areas have residents on edge as they yearn for more private living spaces.

Another familiar term is “sheltering in place,” which is a lot easier to do when there is a basement, deck, or back yard to retreat to.  Some local readers may have seen the TV commercial that our brokerage ran earlier this year, highlighting one of our residents who was in a big hurry to move out of her smaller rental unit and into a two-story house.

If a large number of jobs are moving out of offices and into a more remote scenario, then the need to live in close proximity to downtown office buildings is no more.  Without a commute to worry about, living further away from the city is not as much of a concern for many.

When you start to look beyond housing, there may be even more changes to the way people live their lives. Crowded restaurants, concerts, festivals, and sporting events – are they a thing of the past?  At least temporarily?

Given the non-permanent nature of renting a home (as opposed to buying), expect to see this “migrating-demand” trend intensify for renters as they look to take a break from in-city living, and maybe come back in a few years when pandemic concerns have softened.

We expect this will also give significant rise to the demand for the Accessory Dwelling Unit (“ADU”) housing product.  Also known as a “backyard cottage” or a “mother-in-law” apartment, whether attached or detached, this type of housing unit offers a good mix of affordability and personal space.

Since the term “essential” also became a buzzword in reaction to the pandemic, we have taken the position that housing is always essential.  In relation to some other industries such as restaurants or airlines, we are grateful to be involved in an industry that continues to show resilience, stability, and strength.

Cory Brewer is the general manager at Windermere Property Management / Lori Gill & Associates. He oversees a team of property managers in the greater Seattle area who manage approximately 1,500 rental properties. Brewer can be reached via www.wpmnorthwest.com or coryb@windermere.com

Landlord Regulations – Should I Just Give Up?