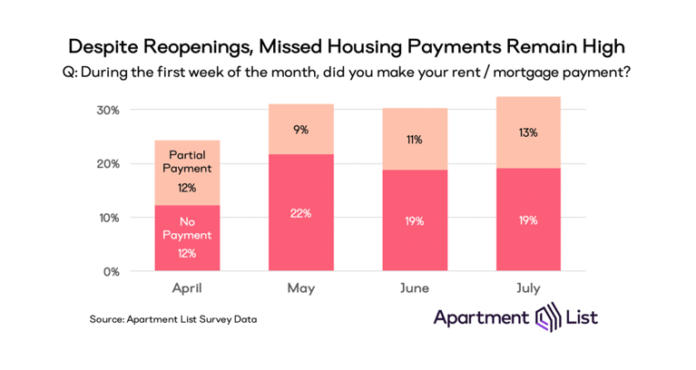 A recent rent-payments survey shows that 32 percent of renters failed to make their full July housing payments on time as new cases of COVID-19 surge and reopening plans have been paused or rolled back throughout the country, according to Apartment List.

“This is the highest non-payment of rent since we began running this survey in April,” Apartment List said in the survey results. “Fears around evictions and foreclosures have also worsened, and more Americans today are considering a move as a result of the pandemic.” 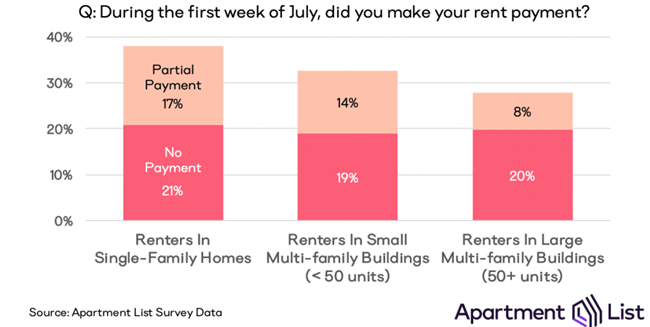 Coronavirus is Having a Greater Impact on Moving Plans

According to last month’s Apartment List survey, the financial fallout from the pandemic is simultaneously encouraging and discouraging people thinking about moving.

“Loss of income has left some households with no choice but to move to a more-affordable home. For others, the costs associated with moving now seem overly burdensome, leading them to stay put. We also find that the virus itself is continuing to have a major impact on moving plans, with many reporting they are less likely to move because they do not believe it is safe to do so.

“Meanwhile, the opportunity to work remotely is inspiring some to consider locations that, prior to the pandemic, were not feasible because of work constraints.

“Health risks continue to be the biggest factor discouraging moves, and the percentage who cite safety concerns rose from 37 percent to 44 percent. As for those considering a move, the opportunity to work from home is becoming more of a driver, as 23 percent say it’s playing a role in their decision, up from 19 percent last month.”

Economic reopenings swept the nation in June and provided some unemployment relief, but did little to ease the rent payments crisis. Despite some Americans getting back to work in June, the rate of missed housing payments actually increased. Looking ahead to July, the majority of states have either paused or are reversing their scheduled re-openings. If local displacement bans are allowed to expire before local economies begin to recover, the missed payments we have been tracking over the past four months could lead to a wave of downgrade moves as renters and homeowners seek more affordable housing. We are already witnessing unprecedented declines in rent prices as demand for expensive housing wanes.

Rental Payments Slow Down in Early July, Fall to 77 Percent 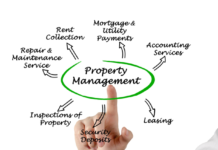