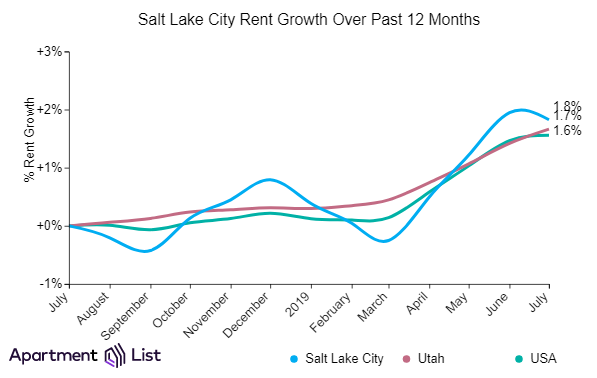 Salt Lake City rents have remained flat over the past month, however, they are up slightly by 1.8% year-over-year, according to the August report from Apartment List.

Currently, median rent stands at $875 for a one-bedroom apartment and $1,085 for a two-bedroom.

Salt Lake City’s year-over-year rent growth leads the state average of 1.7%, as well as the national average of 1.6%.

Ogden rents increased significantly over the past month 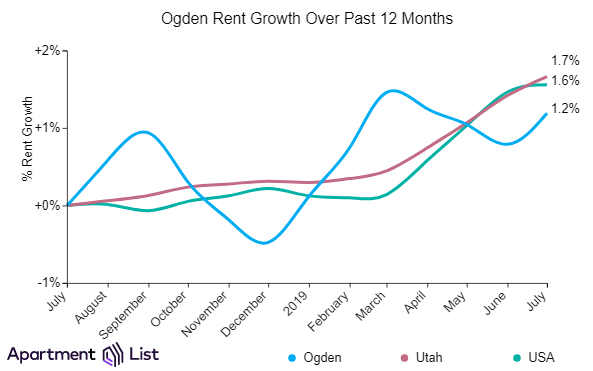 Ogden rents have increased 0.4% over the past month, and are up slightly by 1.2% in comparison to the same time last year.

Currently, median rents in Ogden stand at $695 for a one-bedroom apartment and $891 for a two-bedroom. Ogden’s year-over-year rent growth lags the state average of 1.7%, as well as the national average of 1.6%. 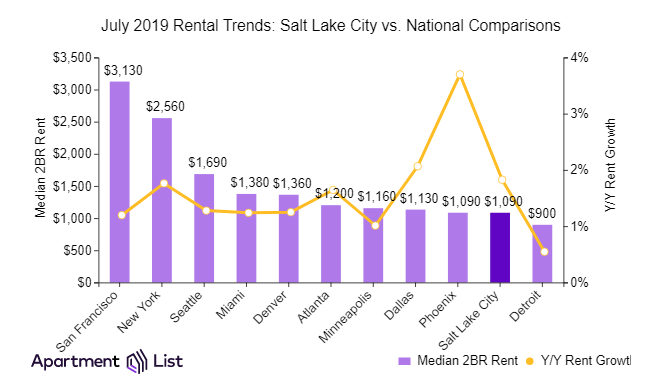 Previous story: Rents Increase Sharply Over The Past Month