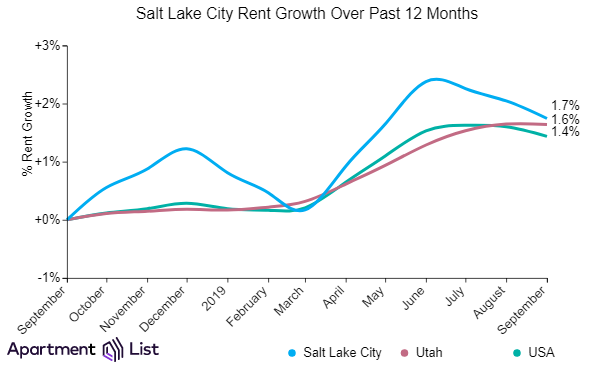 Salt Lake City rents have declined 0.3% over the past month, but have increased slightly by 1.7% in comparison to the same time last year, according to the latest report from Apartment List.

This is the third straight month that the city has seen rent decreases after an increase in June. Salt Lake City’s year-over-year rent growth leads the state average of 1.6%, as well as the national average of 1.4%. 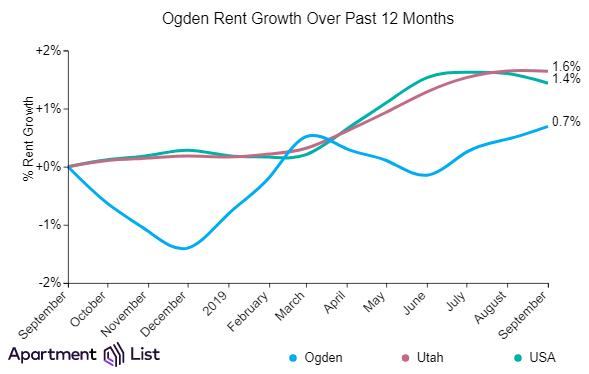 Meanwhile, Ogden rents have increased 0.2% over the past month, and are up marginally by 0.7% in comparison to the same time last year.

Currently, median rents in Ogden stand at $698 for a one-bedroom apartment and $895 for a two-bedroom. This is the third straight month that the city has seen rent increases after a decline in June. 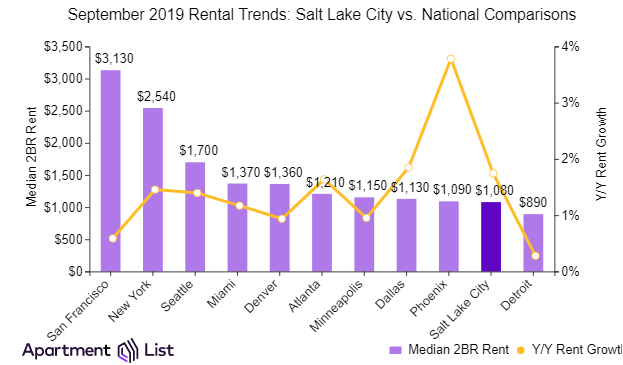 Salt Lake City Rents Declined Slightly Over The Past Month