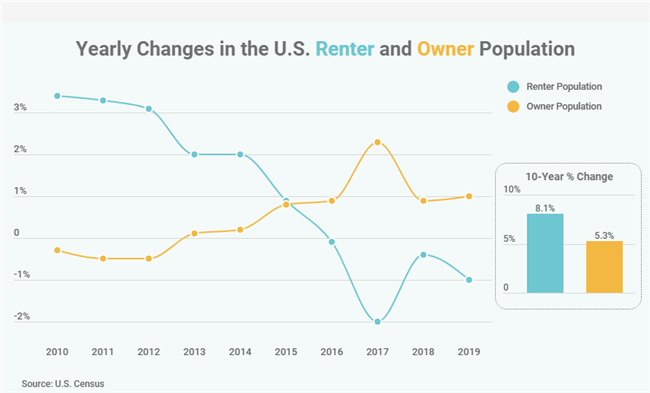 Renters became a majority in 23 cities over the past decade even as ownership increased, according to a new study by Rent Café.

“We looked at 10 years of U.S. Census housing data to determine where we stand now in terms of renter and owner population. Renting made significant gains in the last decade but dipped in the latter half, reaching a 7-year low in 2019. In the meantime, ownership rose to an all-time high, slowly rebounding after the great recession,” Rent Café said in the study.

The renter population grew by eight million in the last decade, and is now 107 million strong.

Specifically, renters currently make up 33.6 percent of the U.S. population — up from 33 percent in 2010. However, the latest numbers are far from the 2015 peak in renting, when 111 million Americans rented their homes for a 35.5 percent share. In fact, the number of renters reached a seven-year low at the end of the decade.

The start of the decade saw a sharp rise in the number of renters – following the housing crisis of 2008 – which climbed by 3.4 percent in 2010 and continued to increase by more than 3.0 percent until 2012.

Renters took over 23 cities in the past decade, including Seattle 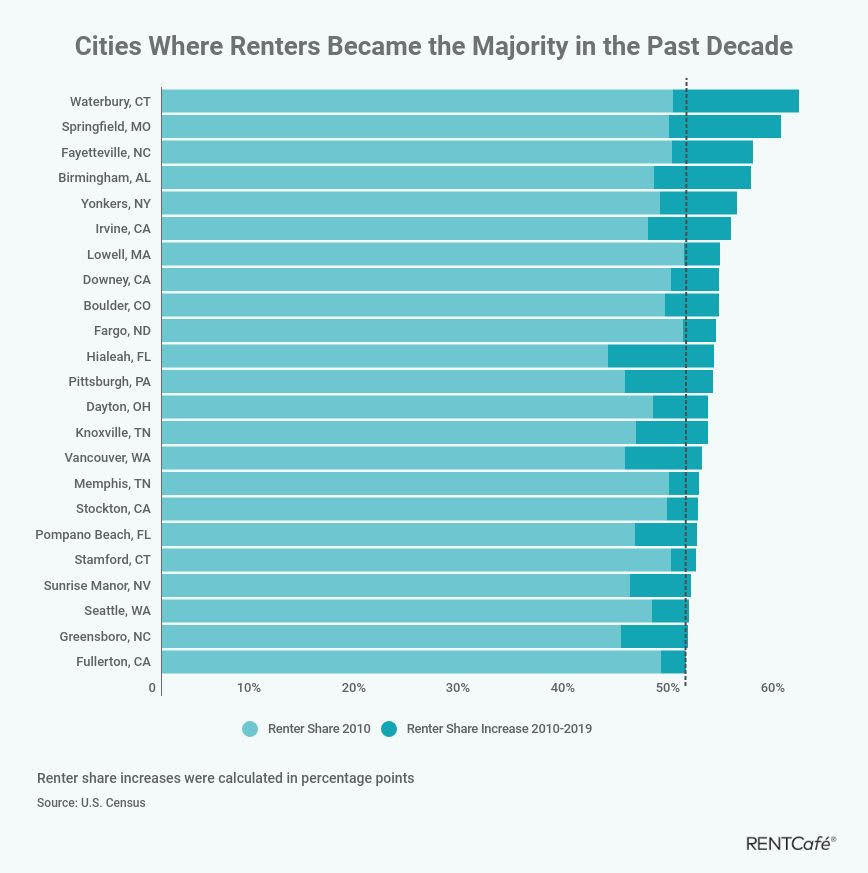 However, renting was still the decade’s winner among the nation’s large- and mid-sized cities.

Despite the recent downward trend, 23 cities with more than 100,000 residents transitioned from an owner to a renter majority in the last 10 years — from job hubs such as Seattle to up-and-comers like Boulder, Colo.

Overall, the housing trends of the past decade suggest that renting is maintaining its popularity in the nation’s large- and mid-sized cities, while homeownership has and will continue to rebound. But, with Gen Z entering adulthood and millennials settling down, the coming decade will likely see more shifts in the housing landscape.