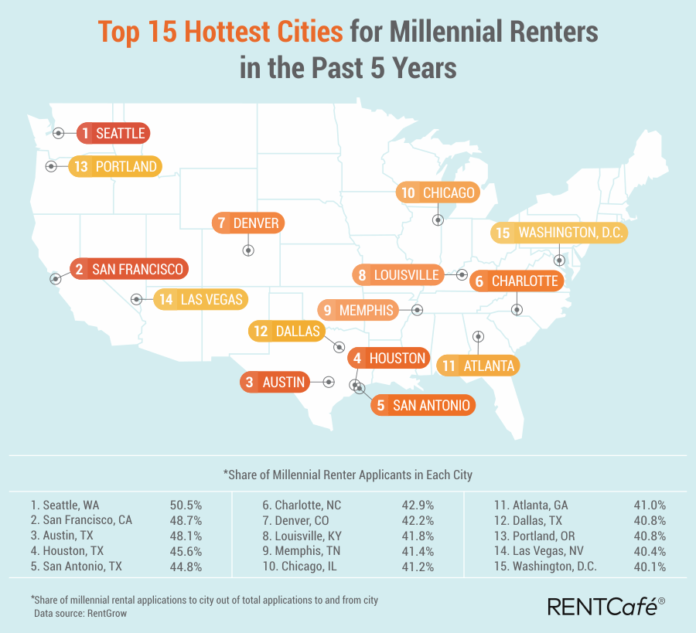 Most millennials are renters, and have been shifting away from the two-kid, white-picket-fence American dream. This means they’re also less likely to get tied down to a specific city. So where are the hottest cities for millennial renters?

RentCafe analyzed 13 million renter applications nationwide to identify the cities where millennials represent the highest share of those who applied for apartments.

“Specifically, we focused on large and mid-sized cities — where millennials represent 38.5 percent of applications — and ranked them based on each city’s share. Finally, we looked at the hottest cities for millennial renters in 2020 to get a snapshot of the emerging hubs where this trend-setting generation is heading next,” RentCafe said in the survey.

Here are the main findings about millennial renters:

Now that they’ve officially overtaken baby boomers as the largest U.S. generation to date – as well as making up the majority of the workforce – millennials have become the most instrumental group in shaping the future of America’s urban cores.