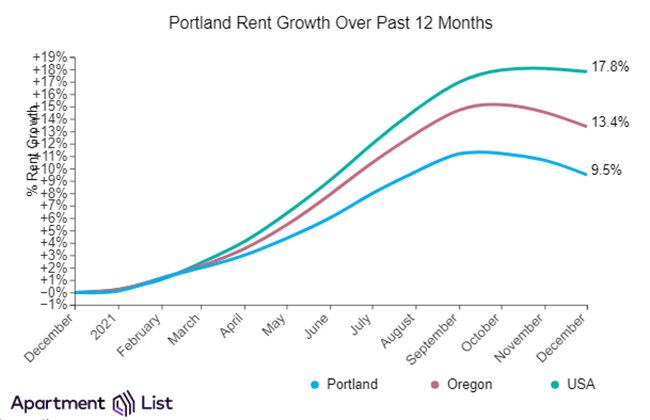 Portland rents have declined 1.1 percent over the past month, according to the latest report from Apartment List.

This is the second straight month that the city has seen rent decreases after the last increase in October of last year.

Still Portland rents are up by 9.5 percent in comparison to the same time last year.

In Beaverton, rents also declined 1.1 percent over the past month and like Portland they were down for second month in a row.

In Lake Oswego, rents have been declining for the past four months.

Some potential seasonality in rent cool down

Last year was a period of tremendous rent growth, with prices rising nearly 18 percent in less than a year, so while prices remain high they may have turned a corner.

While this is the time of year to see typical rent growth slowing, the report says the current slowdown is coming after 2021’s unprecedented price increases.