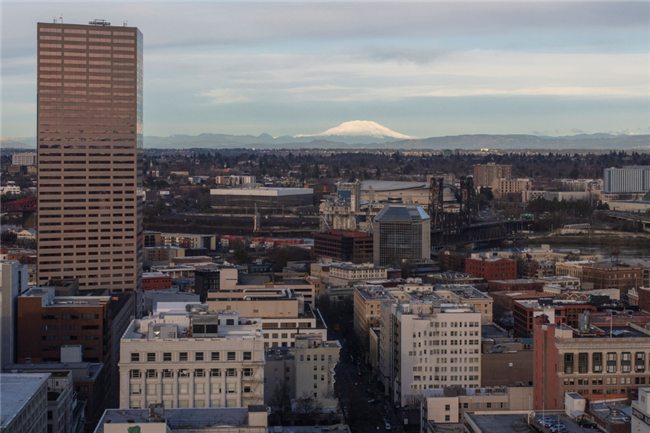 Portland rent growth is starting up again as rents have jumped 0.6 percent in February in the Oregon city, joining a growing trend of data representing the clearest indication yet that rent prices are rebounding in markets across the country, according to the latest report from Apartment List.

“The days of plummeting rents in pricey coastal markets appear to be coming to an end, with cities such as San Francisco, Seattle and Portland experiencing positive month-over-month growth for the first time since the start of the pandemic,” Apartment List said in the report.

Igor Popov, chief economist for Apartment List, said, “Though I don’t have a crystal ball, I do think we’ve seen rents bottom out,” in the bigger cities, including Portland, Oregon. 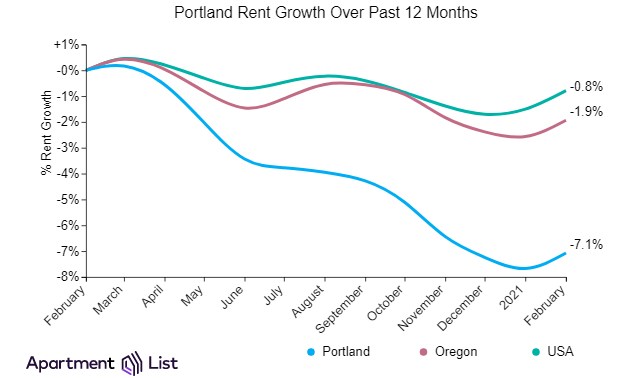 While rents are starting to rebound, Portland Oregon rents are still down 7.1 percent year-over-year. 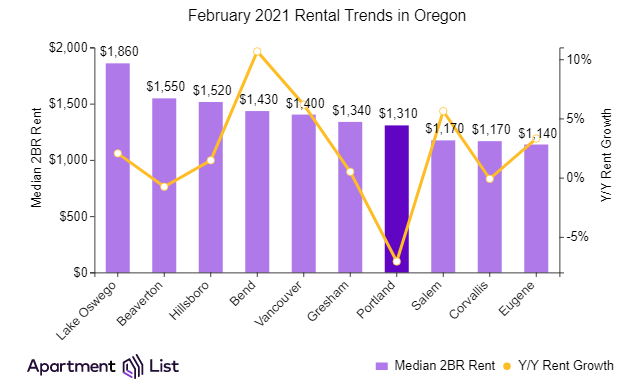 Rents starting to increase where they had fallen

“We’re seeing a similar trend play out in nearly all of the cities where rents have been falling fastest,” the report said. “Nine of the 10 cities with the sharpest year-over-year rent declines experienced positive rent growth this month (February). For five of these cities, this was the first monthly increase since the start of the pandemic, while the other four are continuing a trend that began last month.”

Since the start of the pandemic, “we have witnessed significant disruptions to rental markets across the country. Social distancing and remote work changed what people want in a home, while many renters were thrust into immediate and unexpected financial hardship as layoffs and furloughs rippled through the economy.

“These sudden changes to budgets and preferences led to a convergence in rental prices across the U.S. — the most expensive markets saw rents fall rapidly, while a number of more affordable mid-sized cities experienced accelerating rent growth.

“This month’s data indicates that the markets where rents have been falling rapidly have reached a turn point. The booming markets (led by Boise, Fresno and Gilbert) are still seeing prices rise, but in many cases, that growth is flattening somewhat. While remote work and economic fallout of the pandemic will undoubtedly continue to impact local rental markets going forward, the way that these trends continue to play out may now start to become more nuanced and gradual,” Apartment List said in the report.

Rents in Hard-Hit Metros May Have Reached the Bottom