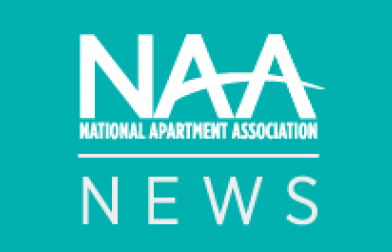 The National Apartment Association (NAA) has joined a lawsuit filed by the New Civil Liberties Alliance (NCLA), “challenging the U.S. Centers for Disease Control and Prevention’s (CDC) overreaching eviction-moratorium order,” according to a release.

The complaint, Richard Lee Brown, et al. v. Secretary Alex Azar, et al., includes several plaintiffs alongside NAA who say they have been directly and irreparably damaged by the CDC order and have faced significant economic damages. NCLA has also requested a temporary restraining order, also known as a preliminary injunction, asking the court to stop the CDC from enforcing its unlawful order.

“While the CDC has an inherent interest in slowing and preventing transmission of communicable disease, the eviction-moratorium order does not fall under their purview and overrules state laws throughout the country that protect both rental housing providers and their residents,” the NAA said in the release.

The lawsuit challenges the CDC’s authority to enact such an order, “as they have not identified an act of Congress that gives them this authority. Put simply, federal agencies do not have powers to waive state laws and the CDC has encroached on private property rights with no legal authority.”

The CDC, as part of the Department of Health and Human Services, cites section 361 of the Public Health Act, part of the United States Code of Laws, as the source of its federal authority. The act says that the surgeon general may “make and enforce such regulations as in his judgment are necessary to prevent the introduction, transmission, or spread of communicable diseases,” from foreign countries into the United States or from one state to another.

“In the context of a pandemic, eviction moratoria—like quarantine, isolation, and social distancing—can be an effective public health measure utilized to prevent the spread of communicable disease,” the CDC statement says. It notes that such actions help state and local authorities to implement stay-at-home orders more easily, and protects public health by preventing homelessness, a situation in which the virus can spread more easily.

The NAA release makes the point that landlords and managers are bearing much of the burden of the pandemic as it relates to housing.

“In many cases, rent debt from earlier in the pandemic has become uncollectable and the CDC order has limited housing owners and managers from providing contracted services to tenants who have paid their rent, and paying financial obligations like taxes, mortgages, payroll and insurance. This jeopardizes the short- and long-term viability of the rental-housing industry, and the CDC is not equipped to solve the housing crisis that they are creating.”

The CDC order, however, does not release tenants from their financial responsibilities. “This order does not relieve any individual of any obligation to pay rent, make a housing payment, or comply with any other obligation that the individual may have under a tenancy, lease, or similar contract,” it says. “Nothing in this order precludes the charging or collecting of fees, penalties, or interest as a result of the failure to pay rent or other housing payment on a timely basis, under the terms of any applicable contract.”

The NAA release says the CDC does “not have the authority or knowledge to insert themselves into property owner/resident regulations and housing policy that could devastate our nation’s already limited housing supply, and the order tries to force a federal one-size-fits-all approach to a hyper-localized state and local issue.

“Throughout the COVID-19 pandemic, NAA has advocated for direct, emergency rental assistance – a sustainable, responsible policy that will help keep Americans in their homes and ensure housing providers can pay their bills. However, because Congress and the Administration have failed to reach the agreement necessary to protect America’s renters and housing providers from the certain damage of the CDC order, NAA had no choice but to take legal action.

“In addition to this suit, NAA is committed to challenging the CDC’s illegal order in a number of lawsuits in different areas of the country. NAA will keep members apprised as this rapidly evolving situation continues to develop.

“The rental housing industry should not be held solely responsible for solving our nation’s housing crisis, which has been exacerbated in this pandemic, and government agencies should not trade one crisis for another,” the NAA said in the release.

CDC Orders Nationwide Eviction Moratorium, But No Help for  Landlords