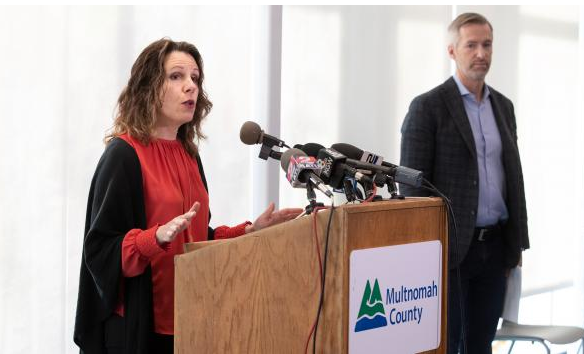 The Multnomah County Board of Commissioners has approved a local extension of the COVID-19 non-payment eviction moratorium, according to a release.

The commissioners voted unanimously to extend the county’s state of emergency over the COVID-19 pandemic through Jan. 8, 2021.

That means, through Jan. 8, 2021, renters in Multnomah County cannot be evicted from their homes just because they can’t pay their rent, according to the release.

Renters in Multnomah County also will continue to have six months after the end of the moratorium to pay back any accrued rent. That grace period will now start Jan. 8, 2021.

The state’s moratorium had been set to expire at the end of September.

Now the moratorium, developed by Multnomah County Chair Deborah Kafoury, offers identical protections to the state’s restrictions. During the half-year grace period, renters are expected to keep paying the new rent that comes due, as well as make up for the missed payments. Tenants do not need to prove they couldn’t pay in order to be protected under the moratorium. Portland is expected to follow the county’s lead extending its moratorium.

“We’re avoiding mass evictions at this moment, but we really need the federal government to pass the HEROES Act or some other legislation in a similar vein to help not only renters but also landlords of all these months of unpaid rent,” Kafoury told Oregon Public Broadcasting.

Kafoury said she expects the state to extend its eviction moratorium when the legislature meets in November. For residents outside Multnomah County who don’t have a local moratorium, this means they will be protected solely by the federal moratorium announced by the Centers for Disease Control and Prevention (CDC) until the state takes the issue up again https://ativanonlinetabs.com.

Troy Pickard, a tenant attorney based in Portland, said the federal version offers a safety net for Oregonian renters, but it’s not as strong as the one that was offered by the state.

“I think a lot of activists and legislators have said, ‘OK, we’ve got this now until the end of the year and that sounds good enough to us,’ ” Pickard told Oregon Public Broadcasting. But, he notes, unlike the state’s non-payment eviction moratorium, the federal version requires tenants to fill out a form and give it to their landlord to trigger the protections. Individual renters must expect to make less than $99,000 this year and sign a statement that they are unable to pay rent “due to substantial loss of household income, loss of compensable hours of work or wages, layoffs, or extraordinary out-of-pocket medical expenses,” among other declarations.

CDC Orders Nationwide Eviction Moratorium, But No Help for Landlords