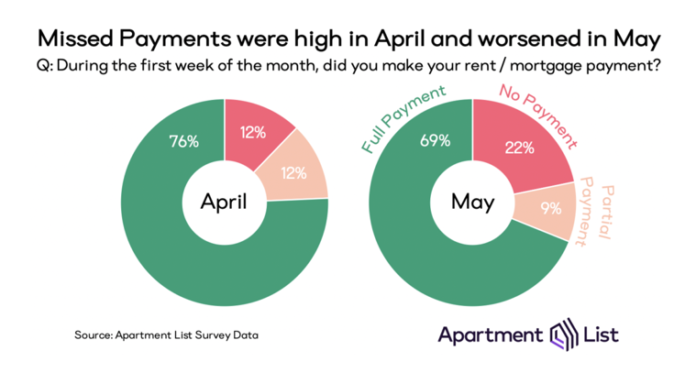 A recent survey shows missed housing payments jumped in May, showing that 31 percent failed to make their full housing payment compared to 24 percent in April, Apartment List says in the survey.

“Our May survey paints an even more distressing picture than the data we collected in April. The share of housing payments made in full during the first week of the month fell by seven percentage points, from the 76 percent in April to 69 percent in May,” Apartment List says in the survey report.

“The number of Americans unable to make any first-week housing payments shot up by over 80 percent. Fortunately, we continue to see landlords and lenders agreeing to concessions to arrive at alternative arrangements in light of widespread income loss.

“While it’s certainly promising that many missed April payments were made up over the course of the month, we see evidence that renters and homeowners who struggled last month are continuing to have difficulty. 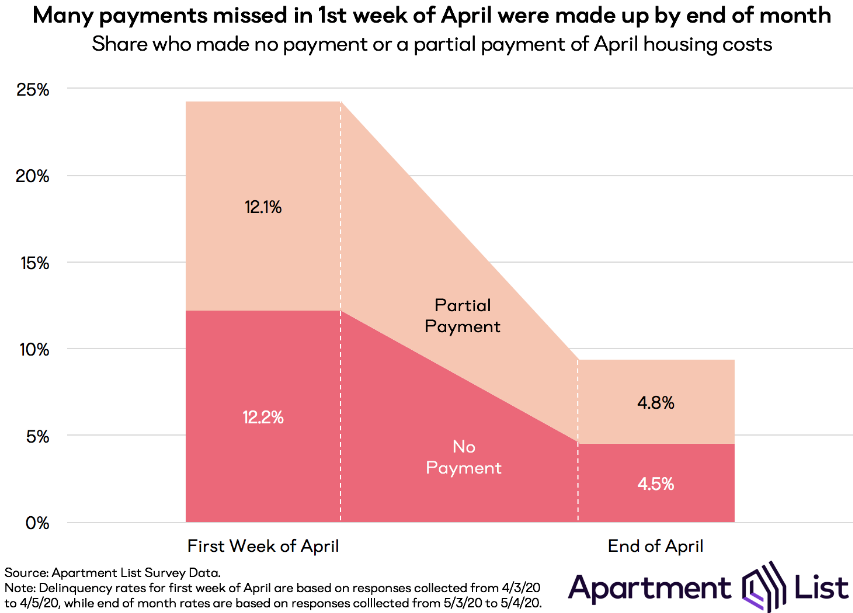 “May is proving to be a challenging month even for those who were in a good financial position in April,” the report says.

April Rent Collection Better Than Expected; May is a Concern