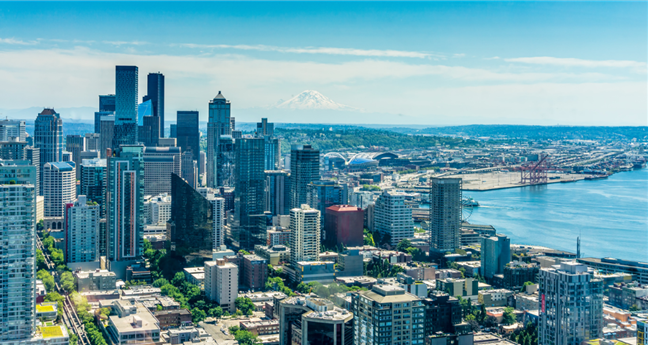 A vice president of residential rental operations and veteran property manager writes about why renter protection policies are not working.

I have spent a lot of my time this year trying to get an important message across: Legal regulation is killing rental-housing supply in Seattle.

Whether it is via written article, calls and emails to elected officials and meetings with their staffs, or TV and radio interviews with news media, the message has been consistent.  I’ve laid out facts and offered carefully reasoned predictions.  I’ve partnered with my colleagues from around Washington State to compare data and share stories.

One thing is abundantly clear:  Lawmakers have put a target on the backs of corporate landlords, and their crusade against this existential bogeyman has resulted in nothing but collateral damage.

Over the course of countless state legislature, city, and county council meetings I have heard testimony from local mom-and-pop housing providers about concerns over “renter-protection” policies aimed at “profiteering” corporate landlords … but you know who never calls in to voice opposition?  Corporate landlords.

Why?  I propose to you that in the end, the only group that stands to gain from “renter-protection” policies are, ironically, the corporate landlords that they are intended to harm.  These corporations are often not local, and in many cases may not even oppose the legislation because – even while anti-landlord by definition – the policies do little more than to drive out the mom-and-pop competition.  Large corporations built on the economy of scale can absorb short-term losses and come out the other end way ahead when renters have fewer choices.

Some will say that the loss of single-family rental homes is no problem because so many new housing units are being added to the Seattle market.  The problem is that three+ bedroom houses are being “replaced” by one-bedroom apartment units, which are not suitable replacements at all.  The city of Seattle runs the RRIO program (Rental Registration & Inspection Ordinance) as a way to, among other things, attempt to establish a database of the rental-housing stock in the city.  Their 2020 report indicates a loss of 4,858 property registrations compared to the previous year (a drop-off of 14.4 percent).  During the same time period the UNIT count only decreased by 0.65 percent.  So what is going on here?  Clearly single-family houses are going away, and apartment units are “replacing” them.  Apartment units don’t work for everyone, especially in this new age of working and schooling from home.

This is becoming, as I predicted, increasingly difficult for those that the “renter-protection” policies are supposedly meant to help: low-income renters.  I recently spoke with Chris Klaeysen, an adviser with the Seattle Housing Authority, which administers Section 8 housing assistance vouchers to low-income renters.  Here is what he had to say: “Generally we do find that Seattle has a shortage of larger (3+ bedroom) units.  This obviously creates a difficult situation for the families we serve.  Many of the new buildings coming online have primarily studios and one-bedroom units.”

Let’s look at some year-to-date numbers through the third quarter of 2021 to prove this theory:

The availability of a three+ bedroom rental home in Seattle is down 5 percent this year compared to the previous five-year average.  Pricing of such a home is concurrently up 3.5 percent, the largest year-over-year increase going back five years (according to NWMLS data).  It’s getting increasingly more difficult and increasingly more expensive to find a suitable family rental home in the city of Seattle.

At my brokerage we saw a 48 percent spike in the number of our Seattle clients selling off their rental homes in 2020, compared to 2019.  Here at the end of Q3 2021 we have officially surpassed the 2020 total.  That’s right, more clients have sold this year with three months left to go than all of last year.  At this pace we’ll be looking at another 35 percent increase ON TOP OF last year’s 48 percent increase.  These numbers are tracking very similarly to data I collected at the end of June from a dozen other property managers around the state, at which time we projected a 38 percent increase by year’s end.

And I do want to be very clear about something, which I pointed out in my first Seattle Times article back in June of this year:  As a property management firm, while we have clients selling off their properties, our client roster continues to grow each year.  I can very easily make the argument that increased legislation makes the market more difficult for mom-and-pop housing providers to self-navigate and so they make the decision to hire a property management firm like ours.  This increases their operating-cost basis and ultimately increases rents.  I could argue that these “renter-protection” policies are actually good for business!  Even then, I oppose them because they are just flat-out bad policies.

What can we do about this?

We can vote.  While it may be accelerated here in Seattle due to radical city council ideologies, this problem is not unique to Seattle.  We need to take a good, hard look at the candidates running for office – wherever any given reader may be from – and understand their approach to housing policy.

We can offer up legal challenges to these policies as well, and that is the approach we should take when opportunities present themselves in the short-term.  There is a strong argument that some of these policies amount to a government “taking” of private property without due compensation.  But in the long run, we need to stop these things before they happen, and that begins with our elected officials.

We can press our elected officials to re-focus on things that will actually help, such as getting COVID-19 relief money distributed properly, preserving the existing housing supply, and fostering the development of more new housing to complement what already exists.  We can press our elected officials to take the target off the back of the “evil landlord” and take a hard look at the other reasons the homelessness problem continues to escalate.  The data is clear, as presented in my Seattle Times article in July, that homelessness has grown in recent years despite a waning number of evictions (and this was pre-moratorium).  We can press elected officials to work on their own solutions to provide low-income housing rather than trying to force it upon the private sector (while operating costs such as maintenance and property tax are ever on the rise).

For anyone who thinks they are helping the rental housing market by trying to make it tough on corporate landlords, well, what you’re really doing is putting small local business owners (your constituents!) out of business and removing critical housing supply from the community.  I hate to say I told you so: What you’re trying to do is not working.

Cory Brewer is vice president of residential operations for Lori Gill & Associates and Windermere Property Management in Bellevue, WA. He oversees a team of property managers in the greater Seattle area who manage approximately 1,500 rental properties. Brewer can be reached via www.wpmnorthwest.com or coryb@windermere.com and 425-623-1330