Since the beginning of the pandemic, rents have only fluctuated by a few dollars each month – contrary to what many in the multifamily markets initially feared, according to Yardi Matrix.

“However, there are significant rent variations at the metro level, and given a lack of government stimulus and ongoing layoffs, the fall and winter months will be telling,” Yardi Matrix says in its September report.

“As we move into the fall and winter months, the return to normal remains slow and volatile. Political disruptions are causing further uncertainty, and consumer confidence fell to its lowest level in more than six years in August.

“In September, the unemployment rate declined to 7.9 percent, but there are still more than 12 million people unemployed. With the extreme uncertainty surrounding the country today, the multifamily industry has held up better so far than many predicted,” the report says. In addition:

“The commonality among the top-performing metros is their lower cost of living,” the report says.

Cautions about the labor market and permanent job losses

“Among the unemployed, the number of people on temporary layoff decreased by 1.5 million in September to 4.6 million.

“As furloughs inevitably become permanent job losses, the economic recovery remains at risk,” the report says. “Eight months into the pandemic, with little aid in sight, companies are being forced to make tough staffing decisions.” 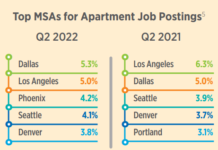 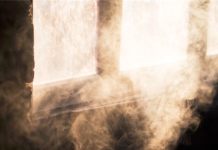 How Thirdhand Smoke Affects Your Properties