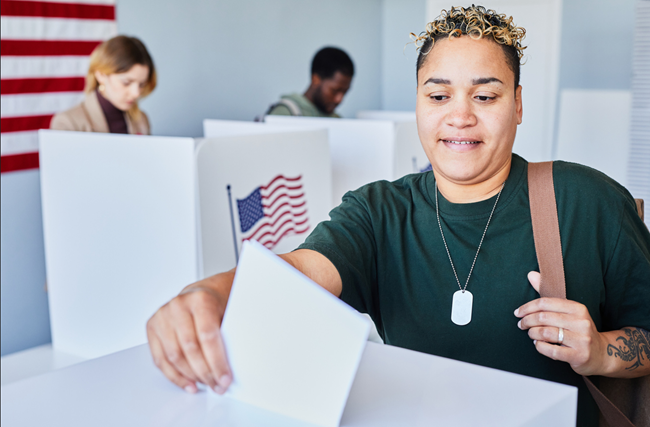 Will your renters play a crucial role in elections as in the past renters have historically voted at far lower rates than homeowners.

The 2022 midterms are less than two weeks away, and the nation’s renters could play a crucial role in determining the outcome, according to a report from Apartment List.

“We’ve argued in the past that increased political engagement among a coalition of renters could have the potential to swing elections, and the upcoming midterms could prove to be a turning point where such a movement gains momentum.

“Renters have historically voted at far lower rates than homeowners, but that gap has been narrowing in recent years. Mobilizing renters could be a winning strategy for Democrats, the party that renters tend to favor by a wide margin. But given their present state of economic frustration and disenchantment, this large voting bloc could present an opportunity for either party,” the report says.

Will renters play a crucial role in elections some key findings: 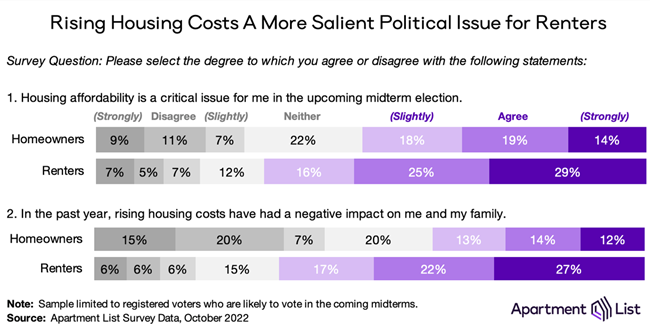 Why more homeowners than renters vote

Homeowners have a large financial motivation to vote when they perceive that the policies at stake could affect local property values.

Renters, on the other hand, face additional obstacles to voting.

For example, renters are more likely to be struggling financially, such that taking the time to vote may exact a greater cost. Renters also move more frequently than homeowners, which could make it harder to maintain an active voter registration. And renters are far more likely to be members of minority groups who have been plagued by a long history of voter suppression. As a result, there is a wide gap in voter turnout that has persisted for decades.

Can housing affordability be a mobilizing force for voters?

“Our survey also demonstrates how for those experiencing the effects of inflation, housing affordability can be a politically mobilizing force.

“Among renters who agree that rising housing costs have had a negative impact on their lives, 58 percent told us they have become more politically active over the past two years, while only six percent say they are less politically active. Interestingly, this mobilization is even stronger among the relatively small share of homeowners who are feeling the negative effects of housing inflation: Sixty-three percent say they are more active today, while only six percent are less active,” the report says.

What role could renters play in the upcoming midterms and beyond?

“Renter voices are significantly underrepresented in our nation’s politics, and boosting the voter turnout of this large demographic could have dramatic implications in the outcomes of elections,” the report says.

“The most recent few national elections offer evidence that such a shift has already been starting to take place. And with the housing affordability crisis having rapidly grown in magnitude since 2020, there’s good reason to believe that political mobilization of renters may continue to pick up steam in the upcoming 2022 midterms and beyond.”