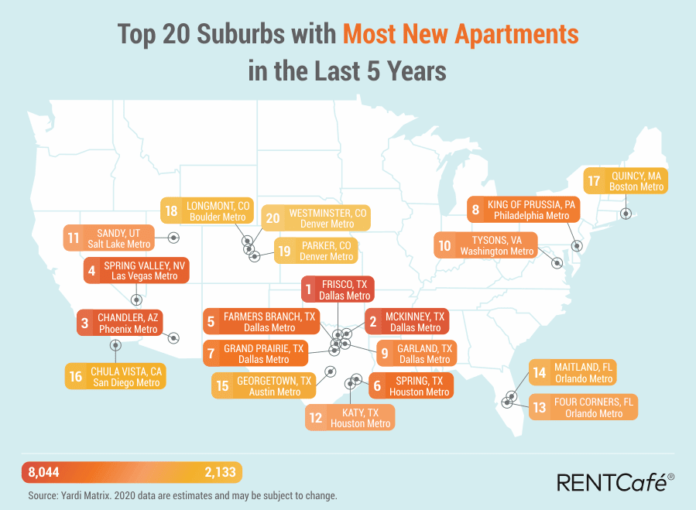 Some suburbs are better-equipped than others with new apartments to meet the potential trend to suburban living that has been caused due to the pandemic shift toward work-from-home solutions, according to a study from Rent Café.

If work-from-home is going to become the new normal, we might expect to see a “significant reversal of recent homebuilding patterns,” according to a housing study by Harvard University.

Regions that have grown significantly in population in recent years are seeing a boom in apartment development, and the southern states clearly dominate the map.

Suburban Texas is a great example, claiming more than a third of the national list.

Out of the top 20 suburbs with the most apartment developments delivered since 2016, eight are in the Lone Star state. Second is Colorado with three suburbs in the top for the highest number of newly-built apartments in the country. And Florida, Arizona, and Nevada suburbs are also among the national leaders, the Rent Café study says.

“To find the suburbs that offer the most options for renters, we analyzed Yardi Matrix data for large-scale apartment buildings of 50 units or more, in search of suburban areas that have developed the most,” the report says. 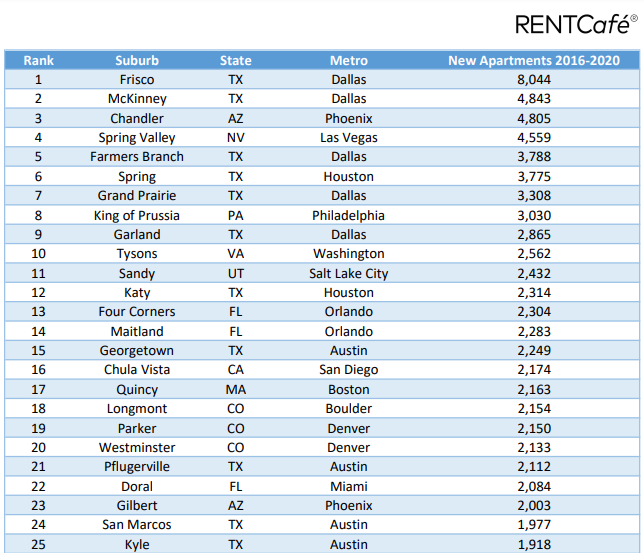 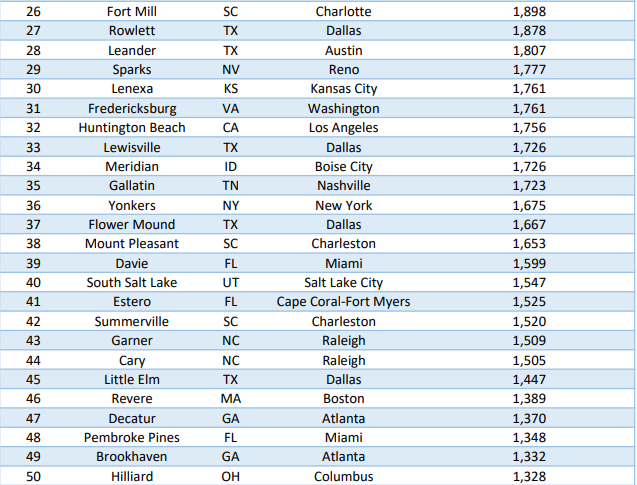 “These locations are also great options for those considering a move to the suburbs because of their proximity to the core cities; 12 out of the 20 suburbs on our list are located no more than 20 miles away from an urban center.”

The No. 1 suburb for new apartments

The suburb with the highest number of apartments built in the last five years is Frisco, Texas.

With the suburbs now finding new appeal for renters, some are better-equipped than others to meet the potential change to suburban living.