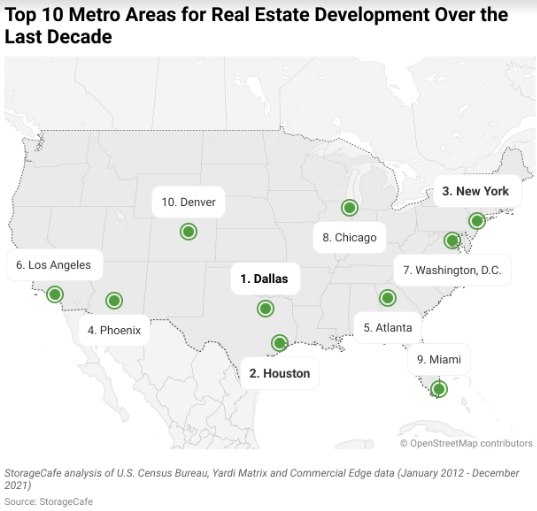 Throughout the past decade, Texas metros acted as powerhouses of real estate development and construction, with Dallas and Houston taking the first two spots in the top 10 most active metros for new construction, according to a new report from Storage Cafe.

Here are other major findings from the report: