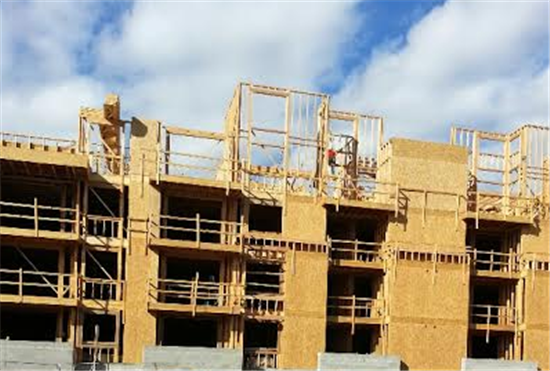 The pandemic, a shortage of workers and soaring materials costs have not deterred the apartment construction market, which has maintained a steady pace despite these challenges, according to a study from RentCafe.

“The pandemic shifts and resurgence of the residential-rental market brings new residential supply into focus,” said Doug Ressler, manager of business intelligence at Yardi Matrix, in the report.

“More precisely, 334,000 units are projected to be opened in the U.S. by the end of this year, according to Yardi Matrix estimates. These figures reflect the striking difference between the aftermath of the pandemic crisis and that of the housing crisis of 2008.

“In 2021, there were nearly three times more apartments under construction than there were in 2011,” the report says. 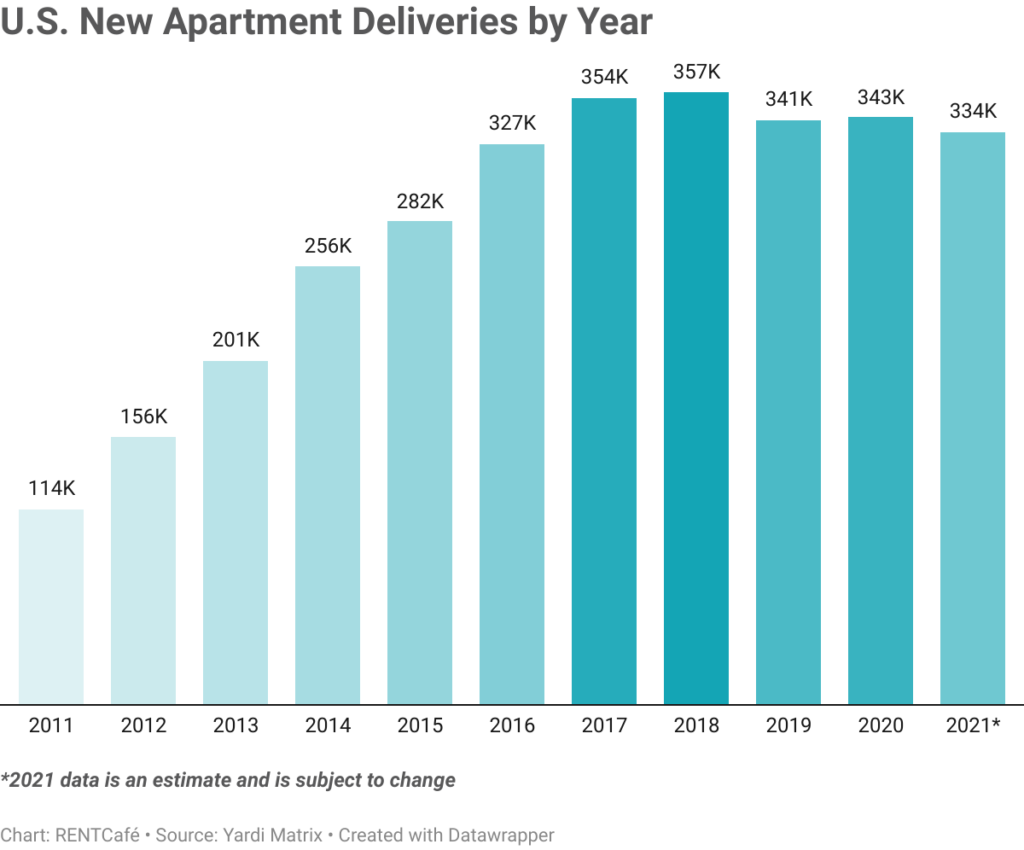 Here are the main drivers of apartment construction this year:

5-Year High in Phoenix and 7 Other Metros

Of all the metros analyzed, eight are set to hit their peaks in apartment construction this year compared to their totals from the last five years.

First up is Phoenix, the most notable metro, which is projected to build 15,846 new units this year — considerably more than its deliveries in past years. Currently witnessing a housing boom and a population increase of 2.1 percent, the metro is set to meet the demand for new apartments in the area.

“The strong demand fueled by robust inbound migration and employment growth” is the reason we’re seeing such high levels of construction in these markets, according to Ressler. “The Southwest market which meets both these conditions is Phoenix. In addition, Phoenix zoning and availability of land is adding to the attraction.” 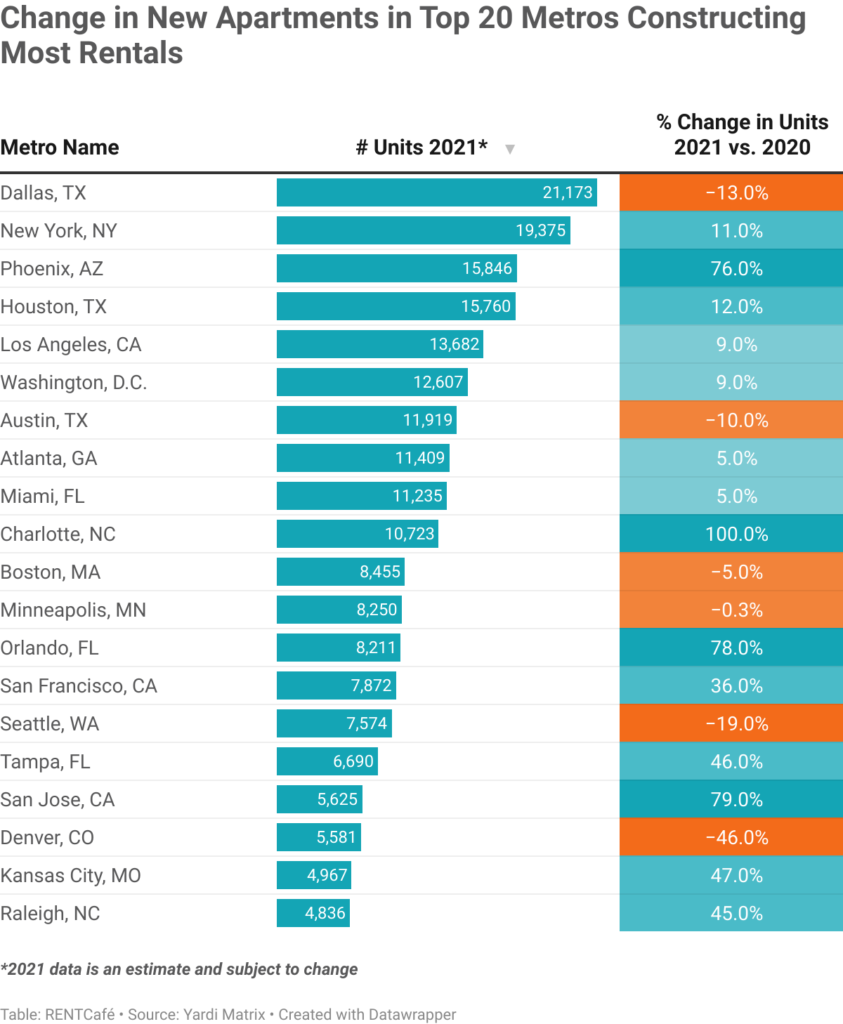