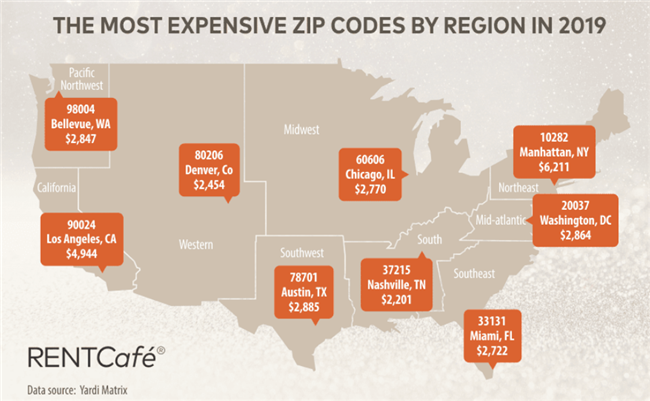 The most expensive zip codes for renters in 2019 are dominated by New York City, the San Francisco Bay area, Southern California and Boston, according to a new report from RentCafe.

“As the peak rental season has come to an end, we wanted to see which neighborhoods charged the priciest rents this summer and which high-end areas saw the most significant rent changes,” RentCafe said in the release.

The most-coveted locations for high-paying jobs and endless opportunities, New York City and California grab the most spots in the top 50 as priciest places to live in the U.S.

Out of the 50 most expensive ZIP Codes for renters, 28 are in New York City, with 26 in Manhattan and one each in Queens and Brooklyn. The ranking is completed by 18 California ZIP codes and 4 ZIP codes from Boston.

In fact, among the top 10 most expensive ZIP Codes 3 alone are in California, split between two in Los Angeles and one in San Francisco. 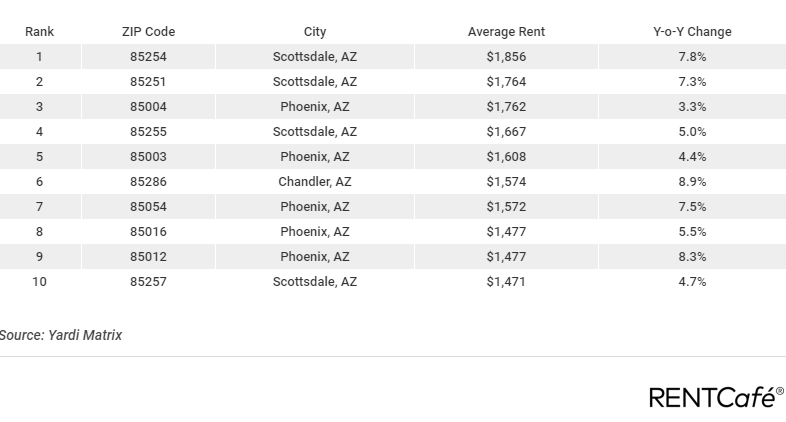 Where are the least expensive?

On the list, in 16th place is Saint Louis ZIP Code 63137 with an average rent of $548. Another large city ZIP Code, in 38th place, is 48234 in Detroit, where rent averaged out at $585. There are also 10 Ohio ZIP Codes spread across Toledo, Girard, Youngstown, Canfield, Warren and Dayton, which all have apartment rents in the $500s. Kansas has 9 ZIP Codes covering the Wichita and Hutchinson areas, with average rent ranging between $423 and $581. Tennessee has 8 ZIP Codes in the top, in Memphis, Louisville and Maryville, with apartments under $600.