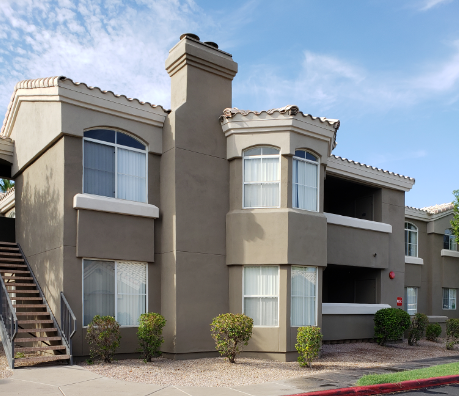 The three healthiest metros based on the highest occupancy-rate growth are Richmond, Va.; Louisville, Ky; and Fresno, Calif.

“This is an unprecedented trend: The top two metros in our study are located in Appalachia, a region that traditionally flies under the radar for many real-estate investors,” said Doug Brien, CEO and co-founder of Mynd Management, in a release. “However, the health of this area isn’t surprising given the state of rental housing. In spite of the coronavirus pandemic, rental demand remains healthy and the national vacancy rate declined 1.1 percent year-over-year to 5.7 percent in the second quarter. 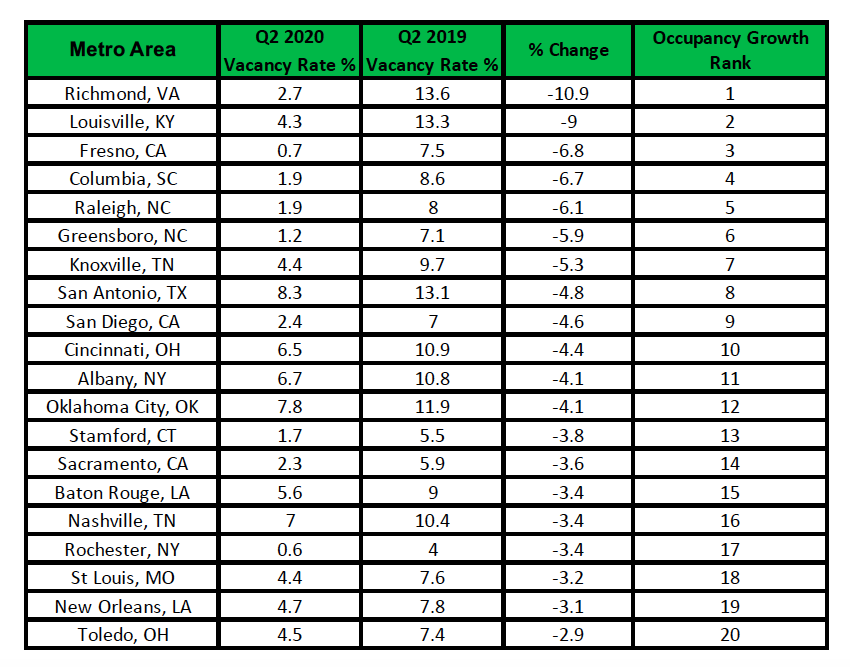 “While some of these low vacancy rates can be attributed to metro areas with eviction moratoriums in place, we remain bullish on the rental-housing sector. According to Mynd’s Rental Housing Tracker, rents have increased 7.2 percent as of mid-September across our portfolio of properties in 19 U.S. metro areas. Strong supply-and-demand fundamentals, low mortgage rates and ongoing stock-market fluctuation make now an opportune time to invest in residential real estate.”

Below is a list of the 20 healthiest rental housing markets based on occupancy rate growth through the second quarter of 2020. Mynd manages and sells single-family rental (SFR) properties in many of these areas through its Investimate platform:

Metro areas with traditionally low vacancies and limited supply, such as San Francisco and New York, ranked in the middle of this study. San Francisco ranked 34th with a 1.7 percent decline in vacancy to 3.0 percent in 2020, while New York ranked 38th with a 3.3 percent vacancy rate in the second quarter, a 1.3 percent decline.

Mynd Management is a tech-enabled property-management and real-estate investment company serving the non-institutional sector of the single-family rental housing market.