State and local processing delays are blocking needed rental assistance funds from getting to landlords and tenants who are trying to avoid eviction, according to a release.

Nearly 89 percent of the funds approved by Congress have not gotten into the hands of landlords and tenants due to state and local bottlenecks, according to the U.S. Department of the Treasury.  Only $5.1 billion of the first round of $25 billion- passed last December – has been used. An additional $21 billion went out in March and another $1.6 billion of rental assistance went out in July.

More than 7.9 million households are behind on rent, according to the latest Census Bureau data from early August.

Starting at the end of September, state and local programs that have been slow or unwilling to get money out are at risk of losing their funds.

“One of the biggest challenges many state and local government programs continue to face in getting assistance to renters and landlords is application processing delays. According to public dashboards, hundreds of thousands of applications are in the pipeline beyond those that have already been paid,” the Treasury Department said in the release.

“Today, based on feedback collected through site-visits and meetings with rental assistance administrators, tenant advocates, landlords and other stakeholders, Treasury is providing further policy clarity and recommendations meant to accelerate assistance to those in the pipeline in addition to those who have yet to apply.

“Treasury recognizes that early on, many state and local governments faced a difficult task in building the assistance infrastructure needed to get ERA funds quickly to eligible households from scratch. However, July data shows many have done this successfully and several communities have reported fully spending their ERA 1 resources, demonstrating that there are effective pathways to getting relief quickly to those who need it,” the release said. 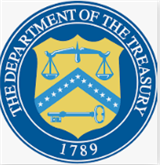 What Are the 3 Most Important Things to Tenants Post-Pandemic?