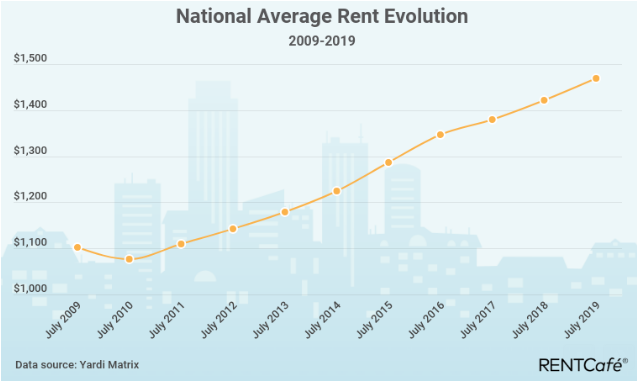 A slowdown in month-over-month rent increases is visible across the United States, with only eight out of the 260 cities in the Rent Café study showing month-over-month jumps of more than one percent.

July also displayed the slowest month-over-month increase since February, which at 0.2 percent is a clear signal that peak rental season is nearing its end, the report from Rent Café and Yardi Matrix shows.

“The trend is in line with last year’s data – once the busy late-spring-to-early-summer period winds down, rents are expected to slow their growth throughout the rest of the year,” the report says.

Overall, rent increases in the largest hubs increased by an average of $64 year-over-year, by net numbers ranging from a symbolic $7 in Houston ($1,103) to a significant $119 in the nation’s priciest market, Manhattan ($4,222).

Rents continue to rise partly because more and more Americans are looking for apartments while too few are being built.

Doug Ressler, Manager of Business Intelligence at Yardi Matrix, said in the report that a slow recovery in construction has led to a nationwide housing shortage. The number of households is now rising at the same level as in the 1990s and early 2000s, but apartment development is not keeping up with demand, leading to rising prices. 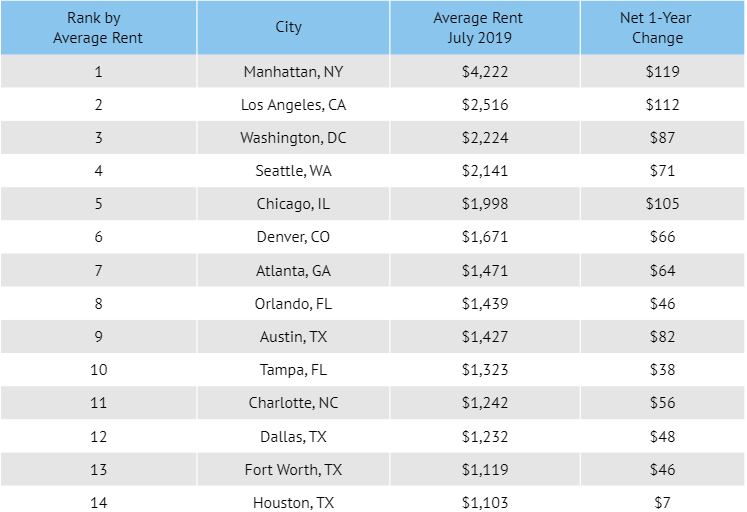 After a 1.9 percent ($52) increase, the average rent in Oakland, the highest of all mid-sized cities, reached $2,854 in July, continuing its upward trend.

Interest in one-bedroom apartments is rising 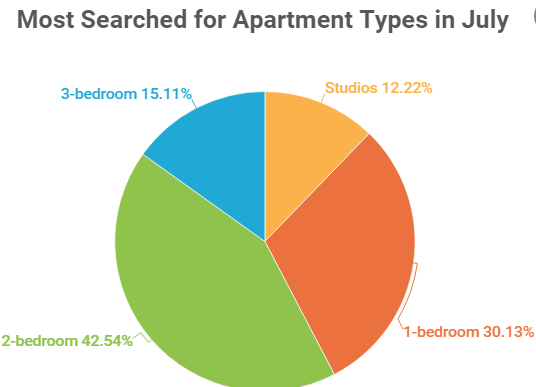 With 43 percent of renters searching for two-bedroom apartments, they’re still the most popular unit type on RentCafe.com.

However, for the past two months, one-bedroom apartments have been catching up.

Searches for one-bedroom apartments fell to 26 percent in May but have bounced back since then, and now represent up to 30 percent of all searches.

Three-bedroom apartments, meanwhile, make up 15 percent of searches, while studios are still the least popular on the platform, with a share of 12 percent.

RENTCafe.com is a nationwide apartment-search website featuring apartments and houses for rent throughout the United States. To compile this report, RENTCafe’s research team analyzed rental data from the 260 largest cities in the United States. The data on average rents comes directly from competitively-rented (market-rate) large-scale multifamily properties (50+ units in size), via telephone survey.