As the peak rental season got into full swing, the national average rent reached $1,465 in June – that’s an extra $37 added to the average rent since the beginning of the year and $45 more compared to June 2018, according to a new report from Rent Café.

Compared to last June, renters pay $45 more on average, according to the latest rent survey from Yardi Matrix.

“With renting remaining the preferred housing option, the first half of 2019 saw accelerated rates in apartment-leasing activity, as well as an effective rise in occupancy,” said Doug Ressler, Director of Business Intelligence at Yardi Matrix, in the report. 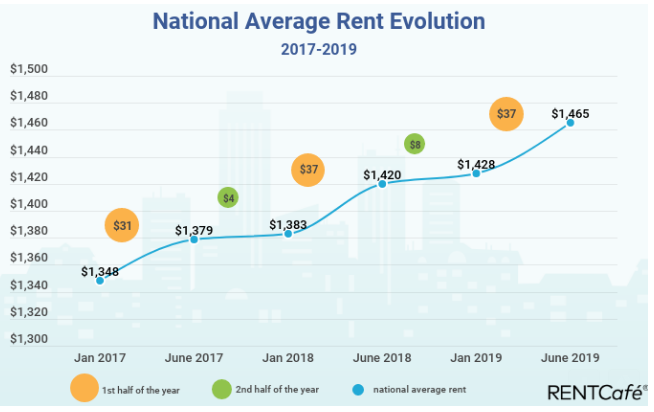 Some of the key points from the national average rent report 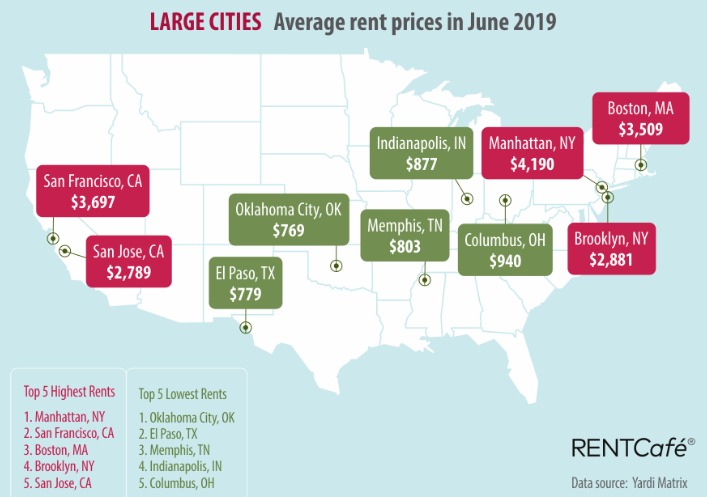 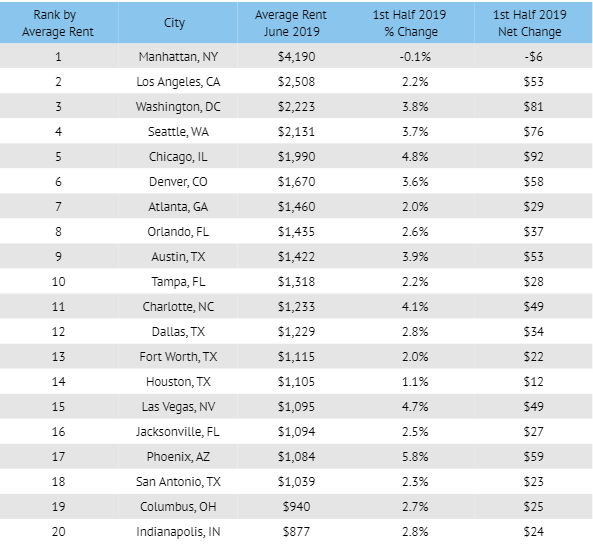 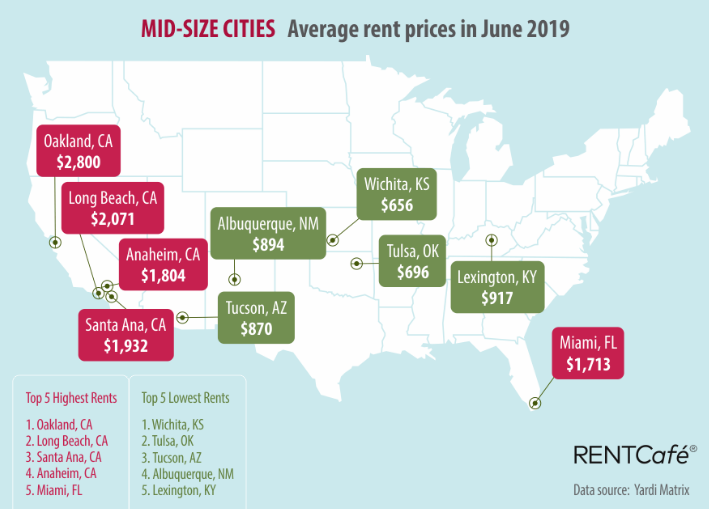 Most-searched apartment types in first half of 2019

On RENTCafe, two-bedroom apartments have been the most-searched unit type since the beginning of the year, when they made up more than 50% of searches.

Traffic data shows that in June, around 44% of the searches on the website were for two-bedrooms, followed by almost 28% hits on one-bedrooms, and 17% on three-bedrooms.

Although popular in overall online searches, studios make up only around 12% of searches on RENTCafé. 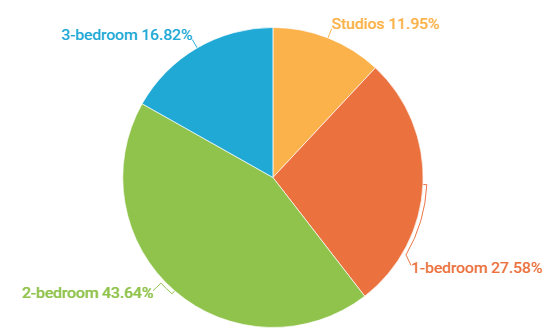 RENTCafe.com is a nationwide apartment search website that enables renters to easily find apartments and houses for rent throughout the United States.

To compile this report, RENTCafe’s research team analyzed rent data across the 260 largest cities in the United States. The data comes directly from competitively rented (market-rate) large-scale multifamily properties (50+ units in size), via telephone survey. The data is compiled and reported by our sister company, Yardi Matrix, a business development and asset management tool for brokers, sponsors, banks and equity sources underwriting investments in the multifamily, office, industrial and self-storage sectors. Fully affordable properties are not included in the survey and are not reported in rental rate averages. The national average rent includes over 130 markets across the United States., as reported by Yardi Matrix.