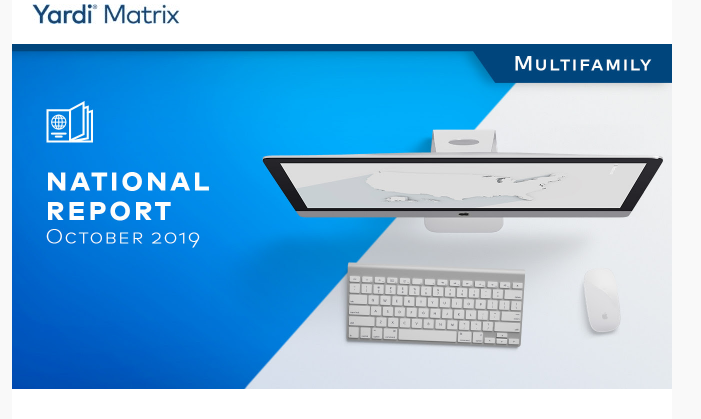 Multifamily rents in the United States reached a new high in October, signaling strength and resilience across the industry but also provoking a backlash among advocates for renters and their allies in state governments as political pressure and rent control rise as well, according to the latest report from Yardi Matrix.

The multifamily market continued its strong performance into the fourth quarter, as demand remains almost insatiable, the report says. However, it adds, “We think rent-control measures are counterproductive.”

Some highlights of the latest report

The fourth quarter is often a slower time for rent growth, but continuous demand and a slowly growing economy will likely keep rent growth above its long-term average, the report says.

Phoenix, at 7.9 percent, and Las Vegas, at 6.4 percent, remain at the top of our rankings.

However, three Southeastern markets that have absorbed significant amounts of new supply have recently re-entered the top 10. Raleigh, at 5.1 percent; Charlotte, at 4.8 percent; and Nashville, at 4.6 percent have some of the strongest demographic demand for multifamily housing in the nation, but high deliveries had weighed on rent growth for many of the past few years.

However, absorption remains very strong, and rents are growing accordingly.

Multifamily sector performance has been stellar for years, with the average U.S. apartment rent up by 32 percent since January 2012, according to Yardi Matrix. That success has created pressure for legislation to put a lid on rent growth.

households spend over 30 percent of income on housing, and 80 percent of renters and 63 percent of owners making less than $30,000 are cost-burdened, according to the Joint Center for Housing Studies at Harvard University.

Owners also used to be able to increase rents in conjunction with capital improvements to prop­erties.

Now, however, landlords can only get rent increases on $15,000 of improvements over a 15-year period. If landlords can’t recoup capital spent on improvements, they won’t make the improve­ments or will do it with lesser-quality materials. This can all lead to deterioration of units.

Legislatures need to address the affordable-hous­ing crisis, but the best solution involves making it easier to build units that low- and middle-class households can afford. That means reducing ex­clusionary zoning, allowing more density, alleviat­ing red tape and fees for developers, and subsidiz­ing developments.

Multifamily Growth on Track to Continue at 3 Percent Annually