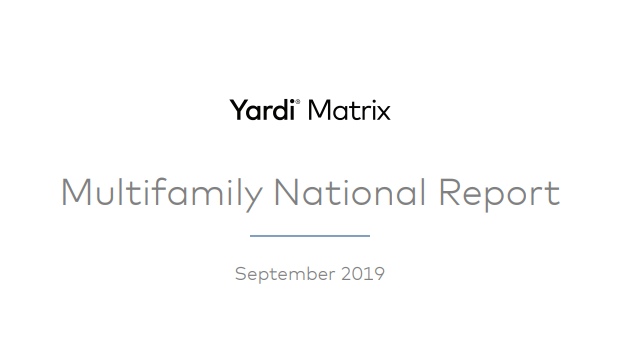 Multifamily growth is on track to keep its string of 3 percent full-year rent growth numbers alive, despite flat September growth, according to the latest report from Yardi Matrix.

“As volatility again rears its head in the larger financial world, the multifamily market remains the picture of stability,” the report says.

This will be the sixth time in the past seven years that annual multifamily growth has hit the 3 percent level, despite a weak third-quarter performance.

Apartment rents have increased by at least the 2.5 percent long-term average for seven years running, with no signs that the trend will slow, the report says.

Plus, the average national occupancy rate has been above 95 percent for several years, and “housing trends would indicate that demand will remain strong for some time to come.,” the report says.

“Contrast the recent up-and-down of the stock and bond markets with the consistent growth in the multifamily industry, and it’s easy to see why investor demand for apartments remains so strong.

Highlights of the multifamily growth report 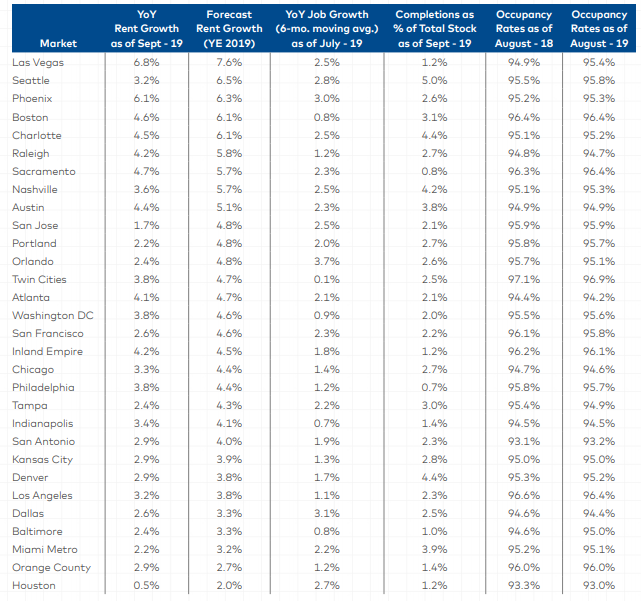