New research released by ECONorthwest and the Partnership for Affordable Housing shows that a statewide cap on rents, rent control, could reduce housing creation in Washington by 11 percent over the next 10 years. If that happens, it would be equal to more than a year’s worth of homes that will never be built in the next decade.

The Partnership released this report as the spotlight falls on how to best tackle the problems from both the pandemic and Washington’s housing problems. 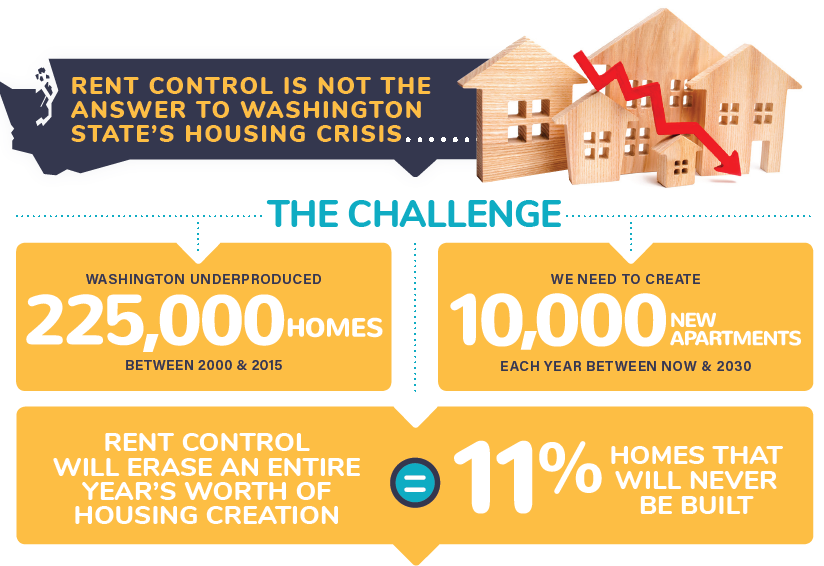 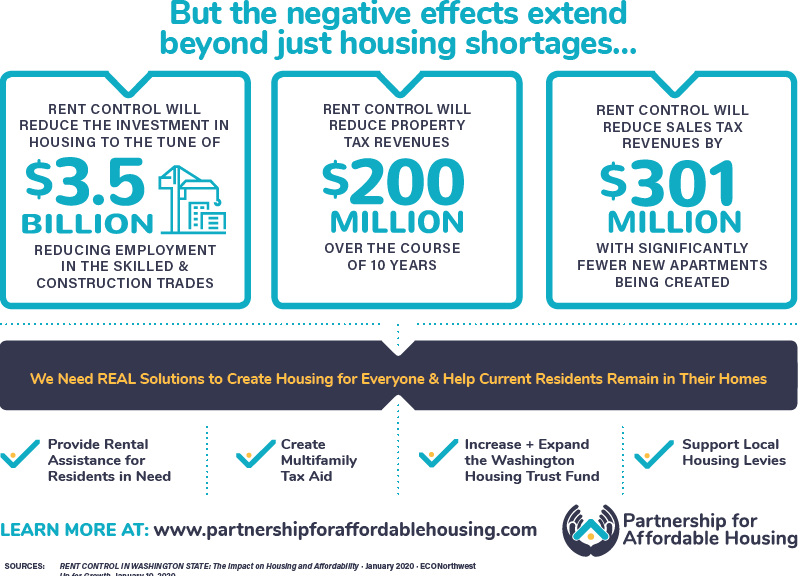 Washington’s population has grown by 12 percent over the last decade.

“But between 2000 and 2015, we underproduced 225,000 homes – everything from apartments to ADUs (Accessory Dwelling Units)  to single-family houses. For every three jobs created in King County, we only created one new home. Looking ahead, Washington needs to create about 10,000 new apartments every year by 2030 just to keep up with demand for rental housing. Rent control would take us even further away from the 10,000-apartment-home goal and would make our housing-affordability challenges worse,” the report says. 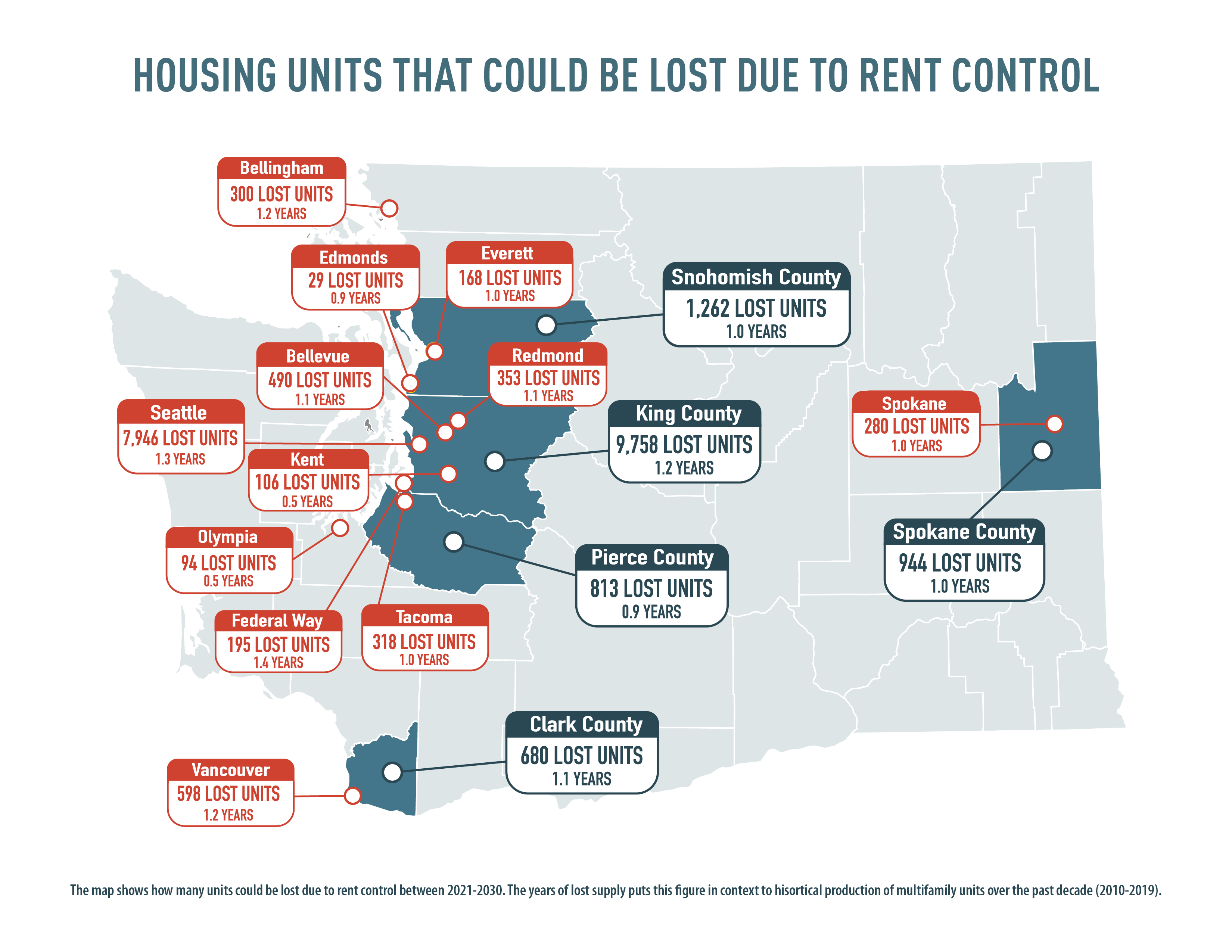 The negative effects of rent control extend beyond housing shortages. Washington tax policy is heavily reliant on the investments of housing. Rent control could reduce property-tax revenues by $200 million over 10 years and reduce sales tax revenue by $301 million given the significantly fewer new apartments being created.

Rent control would significantly reduce economic activity and jobs—reducing housing investment to the tune of $3.5 billion over 10 years, the report says. This would also reduce employment in the skilled construction trades and other professional services.

The report also considers places like New York, California, and Washington, D.C. All have rent control, yet they are among the most expensive places to live in America. Part of the reason is that rent control reduces the creation of new housing, further exacerbating the housing crunch – nearly all economists agree rent control doesn’t actually help.

The vast majority of New York’s rent-stabilized apartments are in buildings well over 70 years old and are in constant need of maintenance, repairs, and upgrades. However, housing providers are limited by rent control and unable to pay for the cost of these repairs.

“Now, more than ever, we must rally around solutions that help residents remain in their homes and communities while supporting the creation of new housing that meets the needs of people of all income levels.  Emergency rental-assistance funds like those proposed in the HEROES Act are vital to helping people remain in their homes during the COVID-19 crisis.

“The state should look at increases to the Washington Housing Trust Fund to expand investment in affordable-housing opportunities. We can redouble our commitment to affordable housing by building on last year’s sales-tax rebate for cities that invest it in housing creation. The state can help spur the creation of a wide range of housing with property tax incentives for housing providers that keep rents below the market rate.

“We need to apply a holistic approach that begins to chip away at our affordability crisis. Meanwhile, legislators must refuse to fall for easy ‘fixes’ that could ultimately make Washington’s housing crisis and response to the pandemic even worse,” the report says.

Economic Analysis: Rent Control Would Erase a Year’s Worth of Housing Creation in Washington State

Rent Control in Washington State: The Impact on Housing and Affordability

The Recovery: Where do we go from here?