Portland landlords plan to appeal to the Oregon Supreme Court after losing the appeal of the Portland rent control ordinance in the Oregon Court of Appeals.

John DiLorenzo, attorney for the landlords who filed suit, confirmed the landlords plan to appeal the rent control issue to the Oregon Supreme Court.

The landlords argue the city ordinance is in conflict with state laws that ban rent control. On March 7, 2018, the Portland City Council made the ordinance permanent and extended its application to landlords who own as few as one rental unit.

DiLorenzo said the petition for the Supreme Court to review the case would likely be filed before it goes back to Multnomah County Circuit Court, pausing the lower court process until the higher court rules on whether to hear the case.

“We are talking about narrowing our appeal this time. We will likely dispense with the impairment of contract arguments since the leases which that argument pertained to are long since expired,” DiLorenzo said.

Rent control is a state-wide matter

“The legislature has determined that rent control is a matter of statewide concern and proclaimed that no local government may enact any ordinance that either ‘controls the rent that may be charged for the rental of any dwelling unit,’ ORS 91.225(2), or that is inconsistent with that prohibition, ORS 91.225(7).,” DiLorenzo said when the trial court’s decision was appealed to the Court of Appeals.

“Notwithstanding the legislature’s unambiguously expressed intent to preempt local rent control legislation, the city enacted the ordinance, which requires landlords to pay thousands of dollars to tenants upon the tenants’ demand when a landlord gives notice of a rent increase of 10 percent or more in a 12-month period—meaning the ordinance penalizes rent increases that cumulatively total 10 percent or more in any rolling 12-month period.” 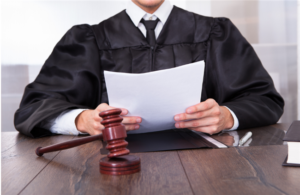 Tenants not required to use the money for relocation

DiLorenzo explained why the ordinance is in violation of state law.

“In a separate provision, the ordinance also imposes payment requirements when a landlord issues a ‘no-cause stated’ termination; that is, the landlord exercises her state-granted right to terminate a periodic tenancy by giving notice without having to state a reason for the termination. See ORS 90.427. Under the ordinance, a landlord cannot give notice and regain possession of the property at the end of the notice period, as the legislature has chosen to allow.

“Instead, the ordinance requires a landlord to give more notice than state law requires and also to pay thousands of dollars to the tenant before the landlord may regain possession. Given those requirements, the ordinance is incompatible and with and contrary to ORS 90.427 and is preempted for that reason.

“Finally, the ordinance, in violation of the Oregon Constitution, impairs existing contracts because it applies retrospectively to contracts entered into before the ordinance was adopted.

“Before the ordinance, landlords could raise rent or issue a no-cause-stated termination without penalty. Tenants also had an obligation to vacate the premises upon expiration of a fixed-term lease. The ordinance dramatically changes the landlords’ rights and tenants’ obligations by imposing significant penalties if landlords exercise their preexisting contractual rights, unconstitutionally impairing the parties’ contracts,” DiLorenzo said.