A new rent-control modeling study that includes Portland and Seattle shows how the combined effects of limiting rents and deterring new construction work to reduce owner profitability and can limit maintenance.

The National Apartment Association (NAA) engaged Capital Policy Analytics (CPA) to model its impacts on four metropolitan areas, all of which have had increasing calls for rent control during the past two years: Chicago, Denver, Seattle and Portland.

CPA used the Oregon rent-control legislation as a likely precedent for other governments and chose to examine the imposition of a similar limit, excluding inflation, on the amount of annual growth in rental prices. The rent growth cap in Oregon limits the increase in rent to seven percent plus inflation as measured by the Consumer Price Index (which varies widely across years and regions of the country).

The study says rent-growth caps affect the apartment industry in several ways, each of which is estimated in the model. 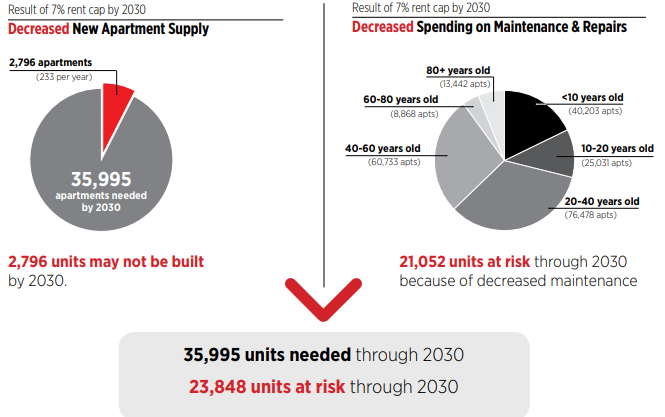 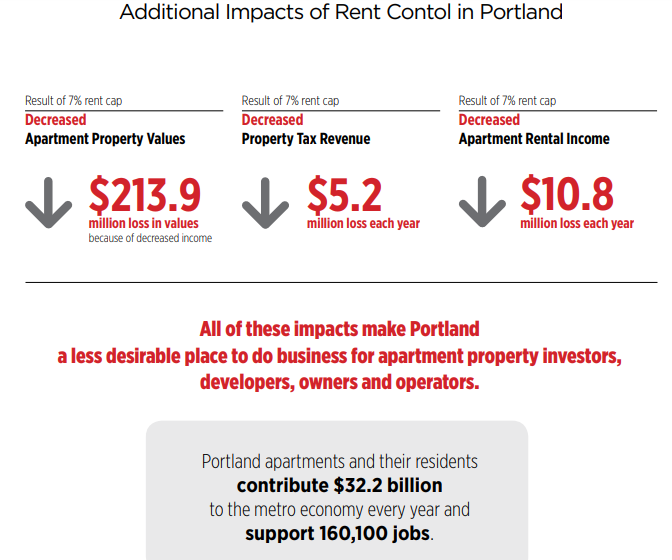 Here are some of the effects in the rent-control study

“Each of these effects represent inefficient outcomes relative to allowing the market price to adjust according to supply and demand. By not allowing the market for dwellings to function properly, rent control changes the allocation of housing investment across space,” the NAA study says.

Under normal conditions, rising rent levels would be met with increased building in an area, curbing long-term growth in rents.

However, rent control blunts the price mechanism, causing a misallocation of housing investment both within and across metropolitan areas.

CPA constructed several models to examine the effect of a rent growth cap on the study markets.

First, the change in expected rents was modeled through an examination of historical rent increases. Those data were used to assign a probability that an apartment owner is likely to see a spike in demand that results in a rental price increase that exceeds the seven percent cap in a given year for each area.

That expected rent change was linked to estimates of new supply and maintenance expenditures, and the outputs from those models were combined to estimate the effect of rent caps on total income and, ultimately, property values.

All estimates reflect the impact of a seven percent rent-growth cap on rental units in buildings with five or more units. 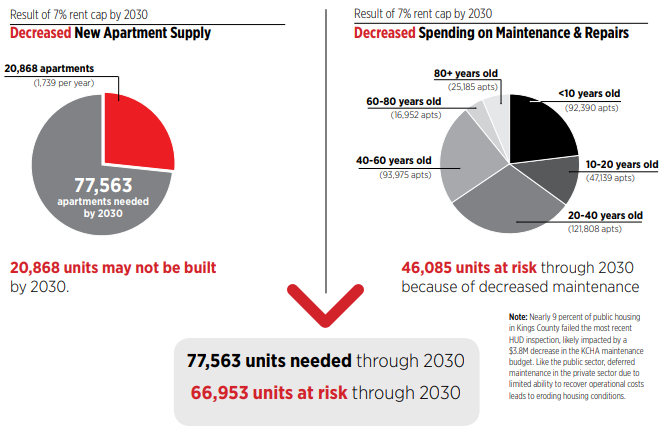 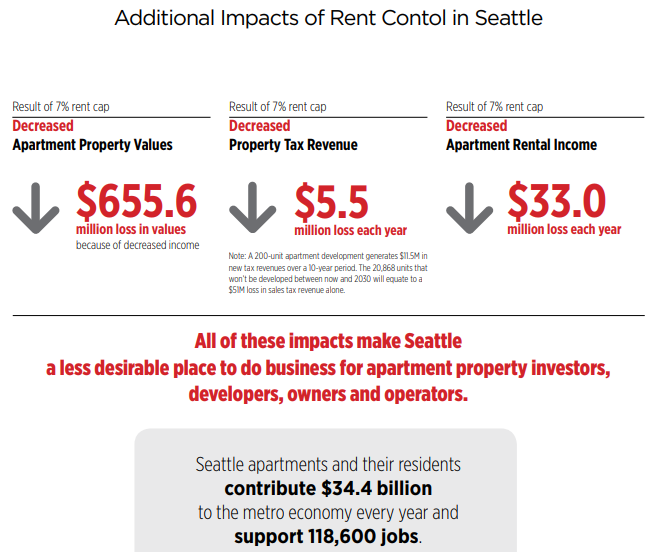 The analysis of the model outputs concluded:

The models estimate that annual maintenance spending would fall by:

The total rental income lost for apartment owners would be significant. The CPA model showed the loss would be:

Property taxes will fall with loss of apartment values

Also, the projected income reductions logically translate into declines in the value of apartment properties.

The model output estimated an aggregate loss of property value of $213 million in Portland, $462 million in Denver, $487 million in Chicago and $655 million in Seattle.

If property-value losses are realized in the assessment of property, then they would also be realized by lower property tax collections.

A seven percent growth cap on rents would have a substantial impact on the apartment rental market in the areas studied.

The estimates suggest that a non-trivial percentage of units would be bound by the policy and that this would lead to rent losses for building owners.

The fact that rents would not be able to fluctuate to meet market conditions in the metropolitan areas and across neighborhoods would have far-reaching implications.

A seven-percent cap would substantially reduce the amount of new unit construction and have a negative impact on maintenance expenditures.

Finally, the models show that the seven-percent growth cap would depress annual income for owners and ultimately be capitalized into falling property values. Falling property values could have further implications not explored in the study, such as declines in local wealth and public services funded by the local property tax base. Using the results of a 2017 report, “U.S. Apartment Demand – A Forward Look,” produced by Hoyt Advisory Services for NAA and NMHC, we estimate the long-term effects of rent control and how it could affect vitally needed rental housing units by 2030. These figures are presented in the following charts included here. 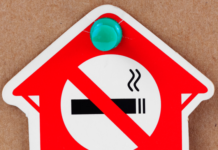