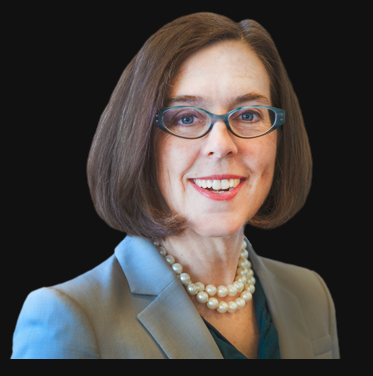 Governor Kate Brown has signed a landmark first-in-the-nation rent-control bill, SB 608, which she said which provides protections for renters related to no-cause evictions and rent increases.

“This legislation will provide some immediate relief to Oregonians struggling to keep up with rising rents and a tight rental market,” the Governor said in a release.

“But it does not work alone. It will take much more to ensure that every Oregonian, in communities large and small, has access to housing choices that allow them and their families to thrive,” Brown said in the release.

The Governor’s 2019-21 budget includes $400 million in new investments aimed at ending homelessness for Oregon’s children, providing permanent supportive housing for the chronically homeless, housing Oregon’s veterans, and accelerating the growth of housing supply by tripling the existing pipeline of affordable housing by 2023, according to the release.

Brown has made affordable housing a priority, but cautioned the bill could lead to “a lot of headaches” if not paired with a $20 million funding package, according to reports. The funding package included in Brown’s proposed budget, for instance, would pay for technical assistance in the form of a help line and legal aid for landlords and renters, according to the Statesman-Journal.

Democrats released a statement saying the legislation will “protect renters from rent-gouging and no-cause evictions.

Senate Bill 608 “creates a fairer system that will provide predictability and stability to renters throughout the state, while not discouraging new construction,” the statement reads.

Rep. Mark Meek (D-Oregon City), a realtor and property manager, carried the legislation on the floor.

He told the story of his own experiences as a child dealing with housing instability.

“I have lived both sides of this issue,” Meek said in the release. “I’ve experienced homelessness and extreme hunger. I remember couch-surfing throughout the Los Angeles area with my mother after being evicted from our apartment. We’d sleep in a motel when we could afford them, and when we couldn’t, we’d sleep in our car.

“My story is one example of what displacement looks like. Displacement is devastating. It stifles a child’s ability to be successful. It is no small miracle that I am standing here before this esteemed body today,” Meek said in the release.

Senate Bill 608 will establish a statewide limit on rent increases, keeping them to no more than 7 percent plus the consumer price index during a 12-month period.

It would also ban no-cause evictions following the first 12 months of occupancy.

Passage of SB 608 erodes private property rights and fixes nothing

Oregon House Republicans released a statement saying, “It is evident supply is necessary to alleviate the affordable housing shortage.

“Passage of this bill also raises a more serious question: If a property owner can’t decide who lives in their apartments and houses, who really owns the property? Certainly, it is no longer the one who pays the property taxes.

“Moreover, the bill doesn’t address the real problem, the supply of affordable housing. The super-majority party contends the legislation will rein in rising rents caused by a housing crisis.

“But over and over, rent control in cities across the country has demonstrated otherwise. The answer to the housing crisis is not rent control, the answer is increasing the available number of houses and apartments. SB 608 neither encourages the building of new housing supply, nor does it provide real incentives to maintain existing rental property.

“Investment dollars that would have provided more housing will now go elsewhere. The Democrats’ unwillingness to seriously consider common-sense amendments will damage the mom-and-pop property owners, many of whom have invested their retirement dollars into the rental market.

“The consequences of this legislation will ripple far beyond the urban areas to Oregon’s small communities, where the housing shortage is just as real as in urban areas. It is also an assault on private property rights, effectively removing property owners’ ability to do what they wish with their own assets.

“This bill is just one of many aimed to further regulate Oregonians, while doing little to solve the problems it purports to fix. The virtual elimination of single-family zoning ensconced in HB 2001 and the explicit promise in HB 2020 of a new “economic system” for households, businesses and workers demonstrate the true intentions of Oregon’s ruling party,” the Republicans’ statement said.

“There is no doubt that housing affordability is a crisis in Oregon. However, SB 608 will worsen the imbalance between housing supply and demand by allowing for rent control across the state,” said Doug Bibby, President of the National Multifamily Housing Council, in a release.

“While the intent of rent-control laws is to assist lower-income populations, history has shown that rent control exacerbates shortages, makes it harder for apartment owners to make upgrades and disproportionately benefits higher-income households.

“That is why Oregon and a majority of other states have laws in place that explicitly prohibit local municipalities from implementing rent-control laws. Reversing course is counterproductive and will not solve the crisis.

“Oregon lawmakers should focus on holistic solutions that encourage more housing supply, facilitate public-private partnerships to tackle many of the existing barriers, and increase direct assistance to renters,” Bibby said in the release.

“Today’s regrettable action by the Oregon State House of Representatives on SB 608 will lead to unintended, but pre-eminently predictable negative consequences for housing affordability in the state,” said Robert Pinnegar, CAE, President and CEO of the National Apartment Association, in a release.

“Rather than focusing on the onerous regulatory environment that constricts the diversity of housing needed to meet the surging demand for rental housing, Oregon’s public officials chose to slide backward by enacting a failed policy that has historically proven to hurt residents and housing supply alike.

“The National Apartment Association and the National Multifamily Housing Council will continue to promote sustainable, responsible solutions that lead to more apartment construction, and oppose reckless and ill-advised policy approaches like rent control,” Pinnegar said in the release.

The Oregon Democrats’ release said, “Senate Bill 608 builds on years of work to address Oregon’s housing crisis, including a law passed in 2017 that prohibits rent increases in the first year of month-to-month tenancy and requires that landlords provide 90-day notice of rent increases. “

Meek added in the release, “I am a landlord and will remain one after this bill becomes law. Becoming a property manager in Oregon is a great investment, and providing fair protection to renters with Senate Bill 608 does not change that.”

The non-partisan Office of Economic Analysis said in a memo that the regulations instituted by Senate Bill 608 will not negatively impact new housing supply.

Rep. Tiffiny Mitchell (D-Astoria) spoke about the need for protections in rural communities throughout Oregon. In recent years, rents statewide have increased by 14 percent, and in towns like Talent, Oregon, one in three residents spends more than half of their income on housing.

“As someone who has spent the last year talking to countless rural Oregonian tenants about the stress they face every day from a rental market in crises, I know how critical this legislation is towards helping them find the stability they deserve,” Mitchell said in the release.

Rep. Tawna Sanchez (D-Portland) stressed how important the legislation is for protecting the most vulnerable and underserved Oregonians.

“In every corner of Oregon, individuals are facing an emergency,” Sanchez said in the release. “From women fleeing domestic violence, to working families in communities big and small trying to get by, to indigenous people who struggle to find a safe and secure home, this crisis touches all of us.”

“Oregon House Democrats continue to work to ensure more Oregonians have access to an affordable, stable place to call home. This legislation is an important and significant step forward, and it is one part of a broad range of solutions needed to address this statewide crisis,” the release states.

Senate Bill 608 passed the Oregon House of Representatives by a 35-25 with three Democrats joining Republicans to vote against it.