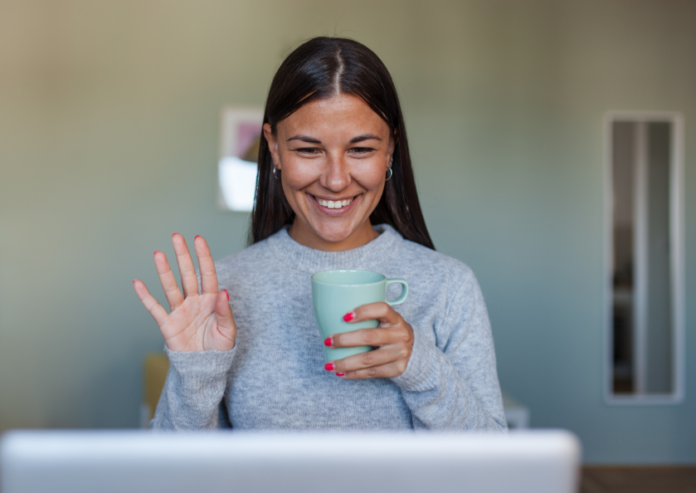 Zillow’s analysis looked at renter households for whom monthly payments on a starter home in their metro are unaffordable, but would be affordable on the typical U.S. starter home.  Those households were then assigned a probability of being able to telecommute based on income, the worker’s industry and occupation.

“If remote work becomes a bona fide long-term option, especially with the pandemic, that could reshape the U.S. housing market by opening up home-ownership to people renting in expensive parts of the country,”  said Zillow economist Jeff Tucker in a release.

“However, it’s unclear how many people would make the move to buy their first home. Proximity to work is just one of the factors people consider when choosing where to live. Other factors may keep them from moving, including proximity to friends and family, cultural and natural amenities, and their kids’ schools.”

The numbers are more pronounced in expensive coastal metros like San Francisco, where 22 percent of renters priced out of their metro could afford monthly payments on a typical U.S. starter home, estimated at $725.

Monthly payments on a typical San Francisco city starter home are more than seven times higher, at $5,181. More than 10 percent of renters who couldn’t afford to buy in the city of San Francisco, could afford a starter home within the greater San Francisco metro area, offering more options farther afield to aspiring buyers who no longer need to commute to the office five days a week.

In cities such as Minneapolis, Phoenix and Denver, the opposite is true.  In Denver, for example, starter homes in the city are more affordable than in the metro area, yet 14.5 percent of renter households priced out of homeownership in the Denver metro could afford a typical starter home elsewhere in the country. 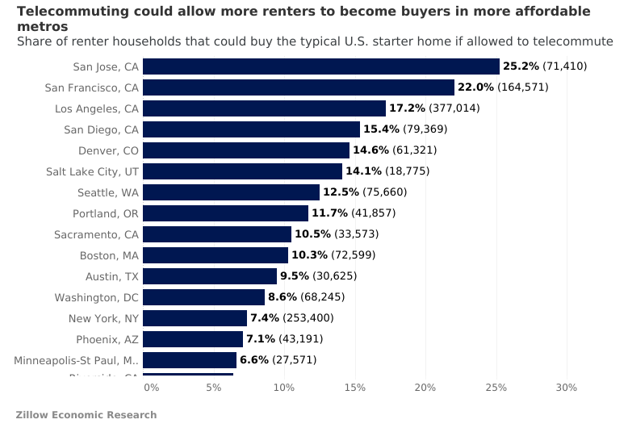 “Two-thirds of our buyers are millennials,” said Zillow Premier Agent Holly Mellstrom, a Pelham, NY-based associate broker at Julia B. Fee Sotheby’s International Realty, in the release. “They’re looking to put down roots and get more space for their money after high-rise city living. Many have young families and were planning to move to the suburbs in the future, but they’re making the move now because they don’t anticipate having to commute into the city to work every day.”

Chris Chan, 40, and his wife, Eunice Lee, 35, became home buyers during the pandemic, moving from a two-bedroom co-op in Brooklyn to a five-bedroom house in Westchester County, NY.

“The tipping point was envisioning both of us working from home indefinitely alongside our daughter and a second child on the way,” said Chan, who works in Connecticut, in the release. “We wanted to maintain the balance between space and proximity to the city. We could get more for our money just outside city limits and we’re still only 30 minutes from Grand Central Station.”