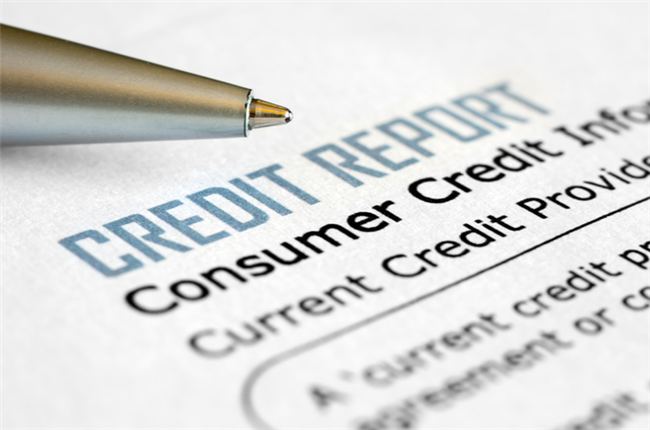 Property managers have a lot of balls in the air and many problems to deal with, but potential renters with thin, limited credit history is one of the bigger issues.

In a survey across all geographic areas of the country conducted by MMR Research Associates, Inc. earlier this year on behalf of Equifax, the company received feedback from nearly 200 nationally-based landlords and property managers of varying size apartments.

Respondents were asked about the pain points they experience in areas such as screening processes and online payments and how they rank them on level of importance.

According to the results, most managers expressed a range of issues with tenant screening that seem to cause the most grief. These included verifying income and employment, uncommitted potential tenants, renters thin limited credit history files, prior landlord verifications, unclear credit reports and fraudulent information all ranking as above average issues and problems.

“One of the things we certainly saw as one of the largest pain points for sure was that thin or limited credit history, Tyler Sawyer, Vice President, Rental and Real Estate Sector, Equifax, said in an interview about the survey.

“In fact, that came in as our second – just by a hair – pain point as you take a look at all the different managers. It was mentioned about 77 percent of the time. They’re dealing with that as a very significant issue and it has a number of ramifications associated to it,” Sawyer said.

“One of the other things that we saw that seemed to resonate with everybody was that there’s a lot of casual callers and there’s a lot of folks that are not showing up for properties,” Sawyer said.

“Quite frankly, I’m not sure that’s too surprising, but that was really number one and number three. Number one being the casual callers just wasting a lot of time.

“You know how busy these people are, trying to run around and handle all their properties and their tenants. And, to have to deal with potential tenants who aren’t necessarily showing up, or just going fishing.”  He said property managers “found that to be a very challenging part of the process as well as, obviously, just not showing up at the property itself. Those are all very closely related to one another.”

Getting job verification from employers is a struggle

“One of the other areas that we saw is, they really struggle with obtaining job verification with employers,” Sawyer said.

“There’s a number of different solutions that we’ve seen and are a part of as well, but they really said about 50 percent of the time they’re really struggling with that process. It seemed like some of that had to do with time, that in many cases it’s taken five to 10 days to be able to get this information back. It could be automated and really help people make decisions a lot faster. But it really became a problem with a lot of them,” Sawyer said.

Renters thin, limited credit history and the need for cosigners

The survey was broken down this way across the country:

“We did find that the majority of the landlords and property managers we’re dealing were female, just a little bit over 70 percent were female,” Sawyer said.

He added the survey was also spread out in terms of companies’ annual revenue.

“We really broke it up between a couple of different areas. Less than $10 million and over $25 million. We found that the majority of them, about 59 percent,  were under $10 million, but it was really spread evenly.

“We started the process through a qualitative exercise, where our focus was really centered around the process of getting somebody into a home,” Sawyer said.

“Our goal here is to be able to put people in homes and certainly make sure we’re putting them in the right ones. We really explored what that process is all about, and not so much what happens once they’re in there, what are some of the challenges that we’re dealing with? We didn’t capture any of those types of data, but I can absolutely see that being a problem, especially having been a landlord myself in my past.”

Summary: Prioritizing solutions from the survey

“Considering that renters thin, limited credit histories really popped to the top in a very powerful way, we then looked underneath the covers a little bit to see what are some of the issues associated with it. Then, what we can we do to help with the short and long term,” Sawyer said.

“In addition to the issues with thin or limited credit, they’re dealing with things like requiring a larger deposit or a cosigner. But we’re also taking some additional time to try and figure out whether or not this tenant can come on board.”

Sawyer said the survey shows landlords and property managers are “doing things like reviewing previous rental payments. They’re taking a look at a deeper insight into income and employment. What we found also is that 26 percent of the time, they’re just getting declined.” He said going deeper into a potential tenant’s credit history can sometimes make a difference.

“If we go back to what we want to be able to do, which is put people in homes, that decline rate is unfortunate, especially because a lot of those thin or limited credit people absolutely have a background as far as paying their bills, positive or negative, but some of our initial analysis we’re finding in a positive way, to be able to make a decision.

“That really does bring us to some of those opportunities that we saw. Really, the first the one that we’re taking a look at is to raise that thin credit or limited credit into something a little bit more palatable through the ingestion of additional rental payments,” Sawyer said.

“What we found and I’m sure you’ve heard elsewhere, is that a lot of rental payments don’t make its way into a credit report. Us and our competition. We’re all looking to try and solve that.

“We have a team who is dedicated to trying to continue to expand our assets of bringing in rental payment information that will work its way into the credit reports.

“When you’re dealing with people who are paying their rent – the number one priority maybe outside of food – it’s important that gets recognized. The landlord is going to make a decision based off of whether or not they’re paying their rent first and foremost.  The fact they might not pay their credit card comes into play, but rent is key. That’s one area that we are spending some more time on,” Sawyer said.

“There’s a lot of ways by which we’ll be able to collect data, but I think one of the key areas is by working with property management firms and being able to collect it in a very confident and confidential manner.”

He said New York City is “working on a program where in both scenarios, they have goals of being able to bring additional rental payment information into the credit file, because what they found is that a majority of the time, it is enhancing to the credit file. How they go about doing it, through an opt-in program or a certain selection criteria is still being determined by those certain authorities, but we certainly have found that the majority of the time, it does come up positive.

“We’ve done some of our own analysis as well to see what the correlation is there, but certainly, having the insights, which we believe so strongly in just to make sure that people are matching up just the right way is key and critical.

He said trying to fill in rental payment information is one thing, “but we have access to some other information that is fairly unique within the industry.  We’re also trying to drive out other pinpointed solutions to the thin credit environment that we think will differentiate us in a very positive way and provide insights into other key components to what people are paying for,” Sawyer said.

Equifax delivers speed, security and confidence through a suite of solutions that address rental and multi-family industry challenges. With the US population continuing to shift towards renting, it is important for property managers to know to whom they are renting so they can assess ability to pay and help protect themselves from fraud.