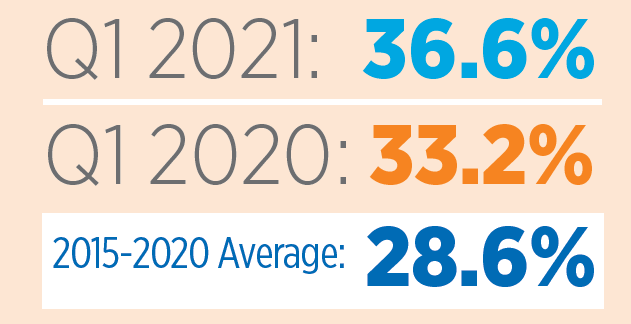 Property management jobs for professionals were the most sought-after jobs during the first quarter of 2021, according to the latest jobs report from the National Apartment Association.

The National Apartment Association Education Institute (NAAEI) report also said that maintenance openings had the largest growth in demand since 2020, with a year-over-year increase of 2.1 percent. 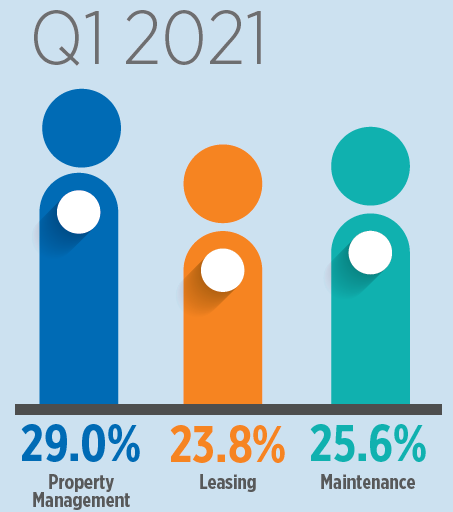 “Nearly 37 percent of available real estate jobs in the U.S were in the apartment sector during first quarter of 2021, well above the five-year average of 28.6 percent,” the NAAEI said in the report.

“Multifamily talent was in high demand, likely due to increased leasing activity. According to RealPage, annual apartment absorption reached an outstanding 353,453 units during the first quarter of 2021.

“In gateway markets such as New York City, existing renters are signing new leases at historically high levels, although occupancy rates continue to weaken. This indicates that concessions and reduced rental rates are attracting existing renters instead of prospective renters,” the report says.

According to Entrata, student-housing occupancy rates held steady through February at 89.1 percent, down just one percent since the same time last year.