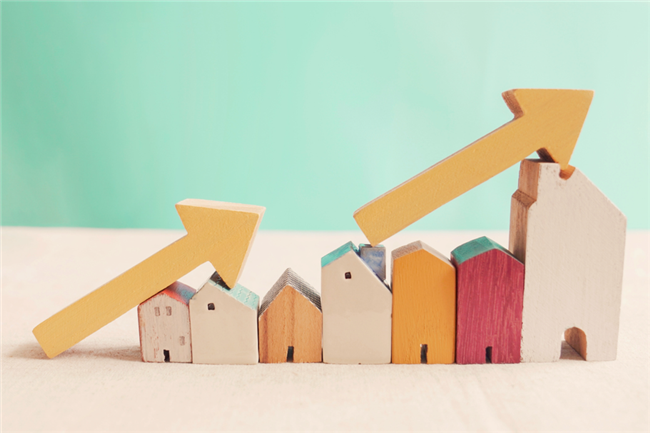 Even though rents are growing more slowly than in 2021, national rent growth was picking up in March as rents were up 0.8 percent over the previous month, according to the latest report from Apartment List.

Over the first three months of 2022, rents have increased by a total of 1.8 percent, “but we’re just beginning to enter the busy season for the rental market, when the bulk of annual rent growth typically occurs,” write  Chris Salviati, Igor Popov, Rob Warnock, and Lilla Szini in the April report.

Rent growth has slowed down notably since last summer, “but it still appears that we’re on track for another year of above-average growth.” 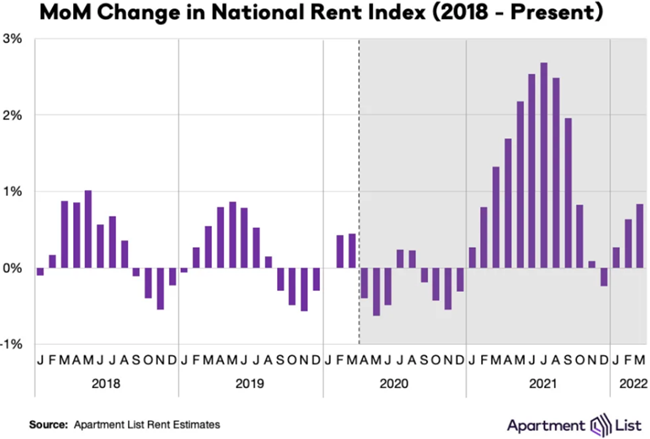 With the exception of December, rents continued to trend upward through the winter slow season, and “growth is now accelerating as we enter the spring and summer months, when rental activity is normally at its peak. Even if prices don’t rise as rapidly as they did in 2021, we’re already seeing signs that this year will continue to bring rent growth well in excess of the pre-pandemic trend,” the report says. 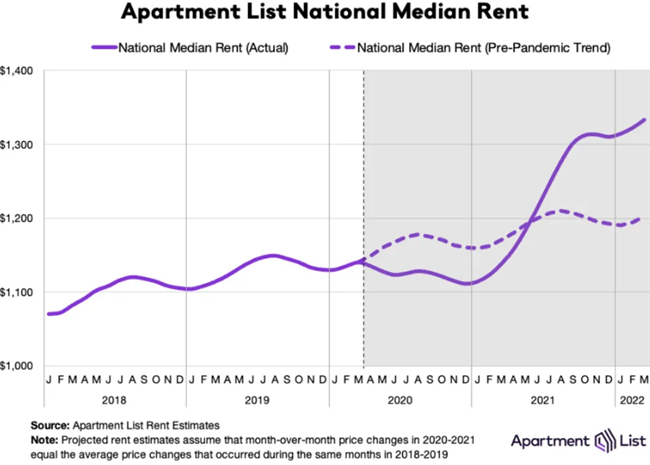 The vacancy index shows that rental market tightness is continuing to ease.

“Our vacancy index has now slowly ticked up for seven consecutive months and currently stands at 4.6 percent.

“Although the recent vacancy increase has been modest and gradual, it represents an important inflection point, signaling that tightness in the rental market is finally beginning to ease. However, the vacancy situation still remains historically tight.

“Over the past seven months, our vacancy index has been increasing by an average of 0.1 percent per month. If that pace continues, we won’t hit a vacancy rate of 6 percent – the pre-pandemic norm – until next summer. Nonetheless, the gradual increase in vacancies in recent months has likely been contributing to the slowdown in rent growth,” the report says.

“As we enter the spring and summer months, rental activity is likely to pick up, and rent growth is likely to accelerate.

Despite a recent cool-down, many American renters are likely to remain burdened throughout 2022 by historically high housing costs,” the report says.