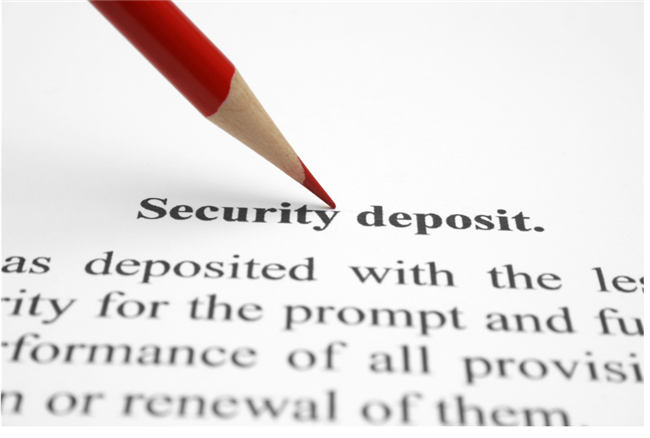 New legislation may soon be introduced by the Cincinnati City Council requiring landlords to accept alternatives to traditional cash security deposits and give renters more flexibility.

Security deposits remain a steep financial barrier for low-income tenants and young renters with minimal savings.  The financial strain is compounded when relocating because renters must pay first and often last months’ rent plus a new security deposit before having their current deposit refunded.

A New York-based startup, Rhino, aims to lower the financial barriers for renting an apartment and seeks to work with governments at the local, state, and federal levels to help legislators pass laws it says will benefit low-income citizens, according to a New York Times article.

Rhino was founded in 2017 with the goal of getting back to renters the billions of dollars that are locked up in cash security deposits, all while protecting landlords and their property.

Nationally, security deposits are tying up over $45 billion. This is money that could otherwise be reinvested into local economies or used to cover critical expenses like healthcare, childcare, student-loan debt, and other burdens.

Rhino offers security-deposit insurance to give renters the option of paying a small monthly fee, generally $10-$20, to cover an insurance policy for the landlord.  This benefits the tenant by needing less cash up front, and benefits the landlord by paying for damages up to the limit of the policy, which is generally equal to the amount of the security deposit.

Cincinnati City Councilman P.G. Sittenfeld (Dem.) introduced a local bill that would require landlords to accept security-deposit insurance as an option instead of a cash deposit.

The Cincinnati City Council will begin reviewing the measure in December, and if passed, Cincinnati will be the first city in the nation where renters wouldn’t need an upfront cash security deposit.

Nearly two-thirds of the Cincinnati population are renters.  For the younger renters and those who are more economically challenged, “the amount tied up in a security deposit can literally be the total of their life savings,” said Sittenfeld.   More than 40 percent of Americans have less than $400 in savings.

“To get an apartment in Cincinnati, you might need at least $1,000 extra for a security deposit, which is greater than many Americans’ life savings,” said Sittenfeld.  “With this kind of insurance, someone can instead pay a small monthly fee, removing a big barrier.”

Cincinnati Mayor John Cranley, who supports the bill, said “This legislation will make housing more affordable, offer protection to landlords, and put money back into the pockets of hardworking people here in Cincinnati. Reducing the amount of upfront cash required from a renter would lift a huge burden, be a direct benefit to tenants, and spur our local economy.”

Sittenfeld’s office estimated the amount of security deposits held by property owners in Cincinnati to be roughly $70 million.

“The greatest challenge is working against legacy and industry norms,” said Rhino CEO and co-founder Paraag Sarva. “That start has begun, but there is a huge amount of inertia behind the status quo and that is far and away what we are most challenged by day in and day out.”

To help speed up the process, Rhino is working alongside policymakers to enact change on a federal level. Rhino announced its new policy proposal, created in collaboration with federal, state and local government officials.

The proposed policy essentially allows for renters to be given a choice:

Rhino says it will be sharing the policy proposal with 2020 presidential candidates on both sides of the aisle, and is now focused on building political support for local policies nationwide that would require landlords to accept alternatives to security deposits and give renters more flexibility.

Opposition to the proposal

Not everyone is happy with the proposed legislation.  Charles Tassell, chief operating officer for the National Real Estate Investors Association, says, “Security-deposit insurance should really be an option only for the high-end, newly built apartment complexes.

Tassell adds, “The smaller landlords are already doing a version of it. Many property owners already take installments, but mandating those options has a lot of unintended consequences.”

Those opposed to the bill are quick to point out that Rhino is poised to benefit financially from the legislation.  A growing number of insurance carriers are now offering these policies, including LeaseLock, SureDeposit, TheGuarantors, and Rhino, among others.

If passed, this legislation may apply to existing tenants as well.  Current tenants may potentially request a landlord to refund their security deposit if they purchase a security deposit policy instead, freeing up their cash, while continuing to live in the same rental property.