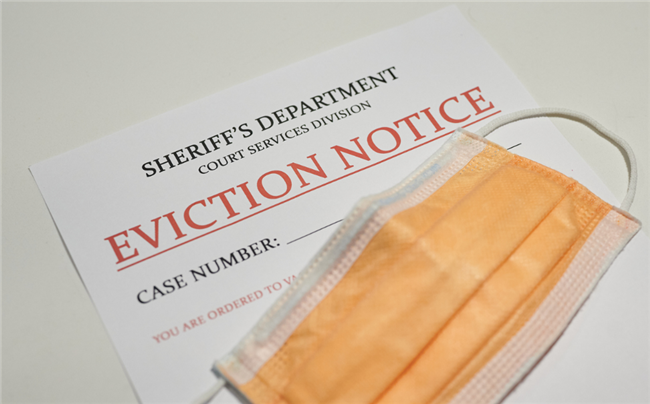 A lawsuit has been filed in California that seeks to overturn an emergency order that prohibits landlords from evicting tenants who can pay rent but refuse, or who create a nuisance or safety hazard, according to a release.

The Pacific Legal Foundation filed suit on behalf of two landlords, Peggy Christensen and Peter Martin, saying, “Eviction is a critical tool for landlords to manage their property” by evicting tenants “who refuse to pay rent or create nuisances and safety hazards. The process allows landlords to remove tenants who deliberately withhold rent or damage  property, so that they can aid tenants experiencing hardship and offer housing to good renters—a particularly important consideration during the coronavirus pandemic.

“But the California Judicial Council decided to take matters into its own hands and effectively banned all evictions by forbidding courts from issuing summons or entering default judgments,” the release says.

The suit argues that the California Judicial Council responded to the coronavirus pandemic by issuing 11 emergency rules of court, including one called Emergency Rule 1 (ER 1) that prohibits evictions. The lawsuit argues that ER 1 “violates the fundamental rights of property owners by indefinitely suspending their right to initiate unlawful detainer (eviction) actions. The rule creates the perverse incentive for all tenants, whether they face financial hardship or not, to refuse to pay their rent during the crisis. And it immunizes from eviction even tenants who create nuisances, damage property, conduct illegal activity, or violate lease terms.”

The suit says the emergency order puts a “significant hardship on landlords,” is unconstitutional, and “effectively closes the courthouse doors” to landlords and “obstructs their right to re-enter their own property.” The suit asks the court to rescind ER 1 so landlords can start evicting tenants and compensate the landlords for lost rents.

The story of landlord Peggy

Peggy Christensen, 63, is a retired medical-devices consultant. Through her living trust, she owns an eight-unit complex in Mojave, California, the lawsuit says.

“Peggy keeps the units in good condition and usually has good relations with her tenants, including accepting late payments and waiving late fees. One of her tenants lived in a unit with his girlfriend, but he subsequently abandoned the unit and ceased paying rent. Though Peggy has not and would not have rented to the woman, Peggy allowed her to continue to live in the unit out of compassion. However, she has damaged the property, disturbed the other tenants, and created a nuisance.

“As a result, Peggy has received numerous complaints from other tenants. In addition, though this individual paid rent intermittently in the past, she has not paid rent since February 2020 and has not claimed any coronavirus-related hardship. Peggy now wishes to evict her. Emergency Rule 1 prevents Peggy from doing so.

“Peggy Christensen’s property is almost always full. Other than gaps of less than one month for cleaning and repairs between tenants, the property has been full since mid-2017, when Peggy acquired the property. The property has been full for the duration of Emergency Rule 1. Her last vacancy, when a tenant moved out at the end of February 2020, received 20 inquiries and was filled by March 9. In early March, she received a rental application from a well-qualified prospective tenant. But for Emergency Rule 1, Peggy would have initiated the evictions process against the disruptive tenant in April in order to accommodate this applicant. In the months since Emergency Rule 1 (was) issued, Peggy has received multiple unsolicited requests to rent. In addition, two of her current tenants have contacted Peggy urgently seeking housing for their friends. But for Emergency Rule 1, Peggy would have been able to effect an eviction and been able to welcome a rent-paying tenant in need of housing. The rent she has lost as a result of Emergency Rule 1 increases with each month.”

The story of landlord Peter

Peter Martin, 59, is a retired attorney who, through his living trust, owns a 27-space mobile home park in Arcata, California.

According to a local news outlet, one of his tenants was arrested in January 2020 on drug and firearms charges. In March 2020, the Humboldt County Drug Task Force served a search warrant on the tenant’s mobile home, the release says.

“Peter’s property managers have reported to him that other tenants have complained of this tenant. In addition, this tenant has not paid rent since January and has not claimed any coronavirus-related hardship. As a result, Peter attempted to evict this tenant for disturbing the other tenants by engaging in unlawful drug activities on the premises. The Superior Court of Humboldt County refused to issue a summons due to Emergency Rule 1,” the release says.

About the Pacific Legal Foundation:

Pacific Legal Foundation is a nonprofit legal organization that says it “defends Americans’ liberties when threatened by government overreach and abuse. We sue the government when it violates Americans’ constitutional rights—and win!”