Portland landlords, who lost the first round in a lawsuit against the Portland tenant relocation ordinance back in July, have filed an appeal to the judge’s ruling.

They filed the appeal with the Appellate Court Administrator in Salem seeking to overturn the judgment entered in the case back in July, signed by Judge Henry Breithaupt, in the Multnomah County Circuit Court.

Breithaupt stated the ordinance was legal, ruling against landlords Phillip E. Owen and Michael L. Feves’ suit, concluding “the ordinance was a legislative response to a socio-economic problem in the city… such change is not prohibited."

“Though we appreciate the time and effort the court expended on this case, we still strongly believe the ordinance will only aggravate Portland’s housing crisis,” Owen and Feves’ attorney John DiLorenzo said in a release.

“The court failed to see it for what it is – disguised rent control, which violates state statutes and the Oregon Constitution,” DiLorenzo said.

Eudaly’s ordinance requires residential property lessors to provide relocation assistance amounting to what may often total three months’ rent to tenants (a) who have left a tenancy after a rent increase of 10% or higher (b) who have received a 90-day no-cause termination notice; or (c) reach the end of their lease for a set term and are not offered a renewal.

That relocation assistance means landlords must pay $2,900 to $4,500 toward relocation costs.

Eudaly says the appeal is a waste of time

"The ruling from Judge Breithaupt was clear and comprehensive. It is disappointing that DiLorenzo and the landlord lobby continue to waste time and money fighting the city in its efforts to stabilize families in their homes,” Eudaly said in a statement in the Portland Tribune.  “Their time might be better spent helping us find additional solutions to the housing crisis instead of trying to take away the only tool we have to help vulnerable people."

Eudaly originally introduced the policy and the city council unanimously approved it within Eudaly's and Mayor Ted Wheeler's first month on the job.

The rule is set to expire in October 2017. The city council is in talks to extend the rule, according to Oregonlive.com 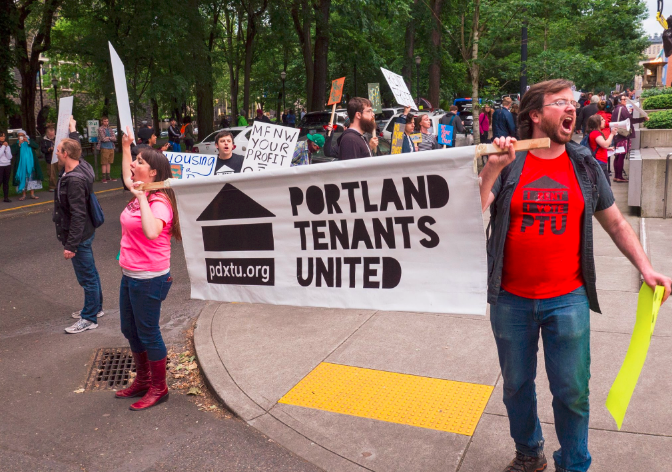