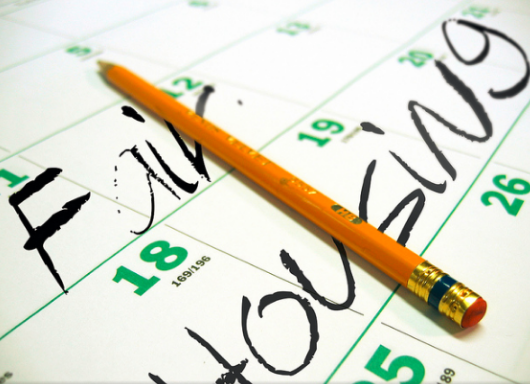 A landlord and his wife have agreed to pay $177,500 to settle a sexual harassment lawsuit charge that the landlord sexually harassed female tenants since at least 2013 at residential properties the couple owned in Cincinnati, Ohio.

The U.S. Department of Justice said in a release that  landlord John Klosterman and his wife, Susan Klosterman, will pay $177,500 to resolve the Fair Housing Act lawsuit.

Under the settlement, which still must be approved by the court, the Klostermans will pay $167,125 in damages to former tenants who were harmed by John Klosterman’s harassment, $7,875 to another plaintiff in the lawsuit, and a $2,500 civil penalty to the United States. The consent order also bars the defendants from participating in the rental or management of residential properties in the future, according to the Justice Department release.

“Sexual harassment of women in their homes is indecent, destructive, and illegal,” said Assistant Attorney General Eric Dreiband, for the Civil Rights Division, in the release.

“The Fair Housing Act protects the right of women and their families to live in peace and security and without the fear that deviant people will intimidate and bully them for sexual favors. This department will continue tirelessly to pursue landlords and others who abuse their authority by preying upon vulnerable women.”

“In this settlement, Klosterman acknowledges that the United States has evidence he sexually harassed tenants on multiple occasions,” said U.S. Attorney David M. DeVillers for the Southern District of Ohio, in the release. “He’s being held accountable under the Fair Housing Act and will pay more than $167,000 to victims of his heinous conduct.”

The complaint, filed in 2018, alleged that John Klosterman sexually harassed female tenants at the rental properties since at least 2013.

According to the complaint, he engaged in harassment that included, among other things, making unwelcome sexual advances and comments, sending unwanted sexual text messages and photos, engaging in unwanted sexual touching, offering to reduce rent and overlooking or excusing late or unpaid rent in exchange for sex, evicting or threatening to evict female tenants who objected to or refused sexual advances, and entering the homes of female tenants without their consent and otherwise monitoring their daily activities with cameras directed at their units.

More information about the Civil Rights Division and the laws it enforces is available at http://www.justice.gov/crt . Individuals can report sexual harassment or other forms of housing discrimination by calling the Justice Department’s Housing Discrimination Tip Line at 1-800-896-7743, emailing the Justice Department at fairhousing@usdoj.gov, or submitting a report online. Individuals can also report such discrimination by contacting HUD at 1-800-669-9777 or filing a complaint online.