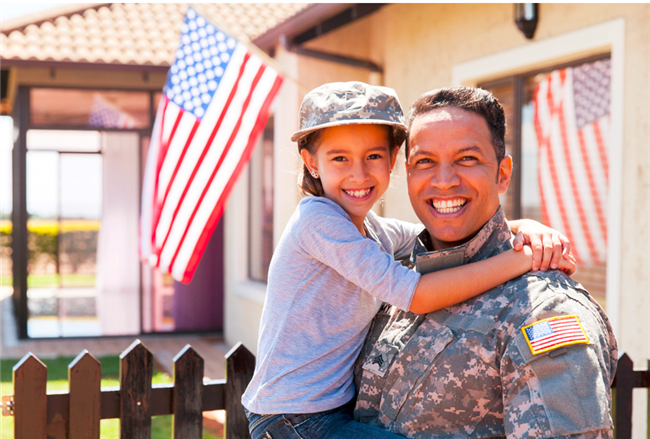 The U.S. Department of Justice (DOJ) and the Consumer Financial Protection Bureau (CFPB) are warning  landlords and other housing providers on military tenant protections when they are providing rental housing for military families, according to a release.

The Justice Department and CFPB have sent a letter to landlords and housing providers reminding property owners of the important housing protections for military tenants, some of whom may have had to relocate or make other changes to their housing arrangements in response to the crisis.

While military families enjoy the same legal protections and privileges afforded to all other homeowners and tenants, they also have additional housing protections under the Servicemembers Civil Relief Act (SCRA), which is enforceable by the DOJ and servicemembers themselves.

Military tenants have several legal protections under the SCRA that are designed to enable them to devote their entire energy to the national defense. These include, for example, a prohibition on foreclosing on certain servicemembers’ mortgages without court orders, the ability for military families to terminate residential leases early, and without penalty, upon receipt of military orders, and a prohibition on evicting military families from their homes without court orders

The Justice Department and CFPB also issued a letter to mortgage servicers regarding military borrowers who have already exited or will be exiting COVID-19 mortgage forbearance programs in the coming weeks and months.

“The Department of Justice takes seriously its responsibility to safeguard the rights of servicemembers and veterans,” Assistant Attorney General Kristen Clarke said in a release. “While servicemembers carry the great burdens of this Nation, they should not have to worry that their sacrifices will result in economic harm to their families. Mortgage servicers and landlords must ensure that they are in full compliance with federal laws intended to protect servicemembers and their families during military service.”

The letter to mortgage servicers comes in response to complaints from military families and veterans on a range of potential mortgage servicing violations, including inaccurate credit reporting, misleading communications to borrowers, and required lump sum payments for reinstating their mortgage loans. These complaints are being reviewed for compliance by the CFPB with the Coronavirus Aid, Relief, and Economic Security (CARES) Act and other applicable requirements.

“The illegal foreclosures of military families in the last crisis was one of the financial industry’s worst failures,” CFPB Director Rohit Chopra said in the release. “The CFPB will be closely watching mortgage servicers and will hold them accountable for illegal tactics perpetrated against military families.”

“While the majority have resumed their regular mortgage payments, approximately 1.25 million borrowers – many of whom are military borrowers – remain in forbearance programs that will expire at the end of the year. Ensuring that mortgage servicers comply with their legal obligations is crucial, especially since a decade ago some large financial institutions illegally seized the homes of military families, sending their lives into a tailspin. These violations were a result of breakdowns in the mortgage servicing industry that were severe and widespread. The result was numerous settlements with regulators, including a $186 million settlement between DOJ and some of the country’s largest mortgage servicers,” the two departments said in the release.

Servicemembers have several legal protections under the SCRA that are designed to enable them to devote their entire energy to the national defense. These include:

Under the CARES Act and Regulation X, servicemembers and veterans have the same protections available to all mortgage borrowers. These include, for example, streamlined COVID hardship forbearance options, requirements that mortgages receiving a COVID-19 hardship forbearance be reported as “current” to credit reporting agencies if the loan was current before entering forbearance under the CARES Act, and requirements in the Bureau’s Regulations X and Z for treatment of delinquent borrowers and borrowers who have applied for loss mitigation.

“The CFPB and DOJ are calling on mortgage servicers and landlords to ensure that military homeowners and tenants are safeguarded during the pandemic and benefit equally from the Nation’s economic recovery,” according to the release.

View the joint letter to landlords and housing providers regarding military renter protections.