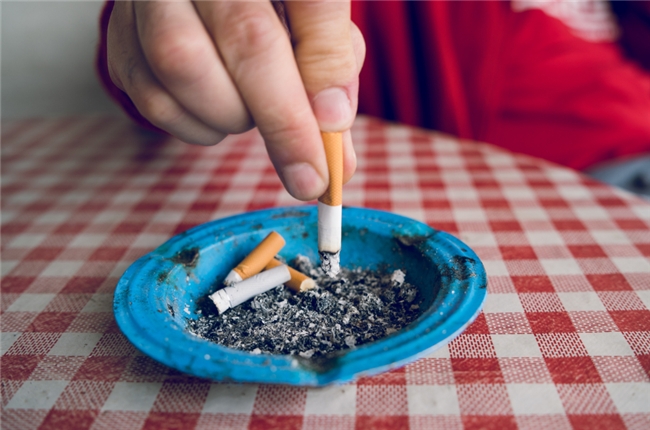 Here are 6 ways to rid smoke smells from your rental units because sometimes despite a landlord’s best screening efforts and a property manager’s rules against smoking, you can still end up needing to remove smoke smells from a rental unit. Maybe you have no-smoking rules, and your tenant did not smoke, but had guests in the rental unit who did, so here are some ideas.

Your tenants just moved out, and instead of leaving a clean, fresh apartment behind, they’ve left a unit that reeks of cigarette smoke. The smell permeates every corner of the property and now poses a health hazard to neighbors and future residents.

Property managers may be discouraged by the damage that lingering smoke creates. Not only will it cost resources to repair, but it can delay apartment showings for new tenants. Fortunately, there are various ways to remove smoke smells and make an apartment or home livable again. Here are the critical moves to take.

The first course of action should be to open all the windows and doors and air out the unit. Portable fans on opposite ends of the apartment will push out stale air while simultaneously pulling in the fresh breeze. Allow them to run all day, if possible.

Landlords might also hang several bags of activated charcoal around the property to absorb odors. Expedite the process by using a few air purifiers as well.

Remove smoke smells from carpets with baking soda. Sprinkle the white powder over the stinkiest areas and allow it to sit for a few hours before vacuuming.

This deodorizing method is generally safe for all carpets. However, it may not be strong enough to eliminate more stubborn fumes. In this case, property managers should hire a professional dry cleaner or replace the carpeting altogether.

Next, tackle hardwood and tile floors. Sweep the surface to remove dust and dirt. Then, apply a disinfectant and mop it up using warm, soapy water. Water should be replaced periodically so stinky ash and residue aren’t spread around the floors.

If a mop doesn’t do the trick, steam the floors to melt the tar and oils from smoke molecules. Otherwise, a professional cleaner might be needed.

Each unit’s HVAC filter should be changed every few months. However, after a smoker’s lease is up in your rental unit, replacing the filter becomes an absolute necessity.

Switching out the filter is simple, relatively affordable and will help eliminate odors left from cigarette smoke. Plus, it will allow the entire system to work more efficiently and effectively improve the unit’s air quality.

The stale stench of ash and cigarettes can cling to the walls, too. In some cases, tar may even harden on the walls and discolor them. Remove both soot and foul smells by scrubbing walls down with a solution of white vinegar and warm water. Landlords can also use a mixture of ammonia and water, allowing it to sit for a few minutes before rinsing the walls.

For tougher stains, try trisodium phosphate (TSP). This is a cleaning product that is mixed into hot water, which you can then apply with a sponge or brush. It contains about 75 percent TSP and 25 percent sodium carbonate. This compound degreases the tars in cigarette smoke, making them easier to remove. If this method doesn’t work, priming and repainting might be necessary.

A note: Phosphates and phosphate detergents are banned in several states, because as they make their way into bodies of water, they can increase algae and bacteria growth, which reduces the amount of oxygen other wildlife may need. If you’re in an area where TSP is banned, look for low-phosphate substitutes, like Seventh Generation, Simple Green, Clorox’s Green Works, or Orange Power Cleaner.

Sometimes, smoke damage is so severe that the stench has infiltrated every nook and crevice of the property. If this happens to be the case, it’s best to call in a professional. They’ll use stronger chemicals and industrial cleaning methods that a typical consumer simply can’t find elsewhere.

While hiring a professional cleaner may sound expensive, it’s best to think of it as an investment in the property’s success. After all, prospective tenants appreciate units that smell fresh and clean.

Landlords can prevent further damage and smoke smells by screening potential renters before allowing them to sign a contract. They might also include a no-smoking clause in the lease agreement for the rental unit. Outline fines and additional cleaning fees to discourage guests from disregarding the rules.

By acting preemptively, property managers can avoid another situation where they have to remove smoke smells,  and keep both current and future tenants happy and healthy.