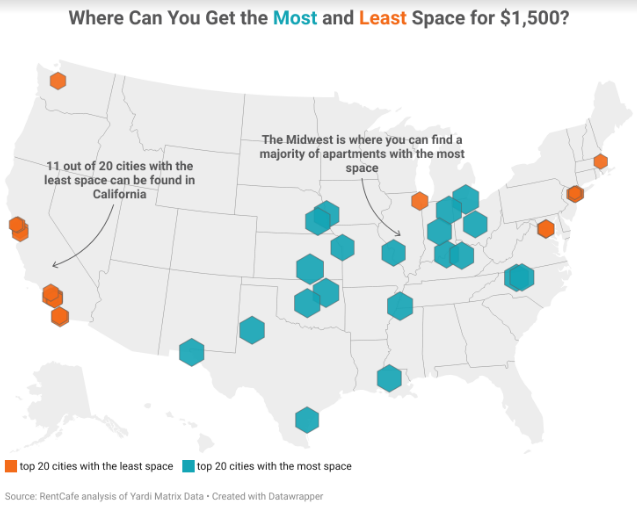 Cities in the South and Midwest offer tenants the most apartment space for the money, with Wichita, Kansas leading the list of cities where you can rent the largest apartments on a budget of $1,500, RentCafe says in a new study.

“We analyzed apartment rent prices and apartment sizes from sister company Yardi Matrix in the 100 largest U.S. cities,” RentCafe says in the report. 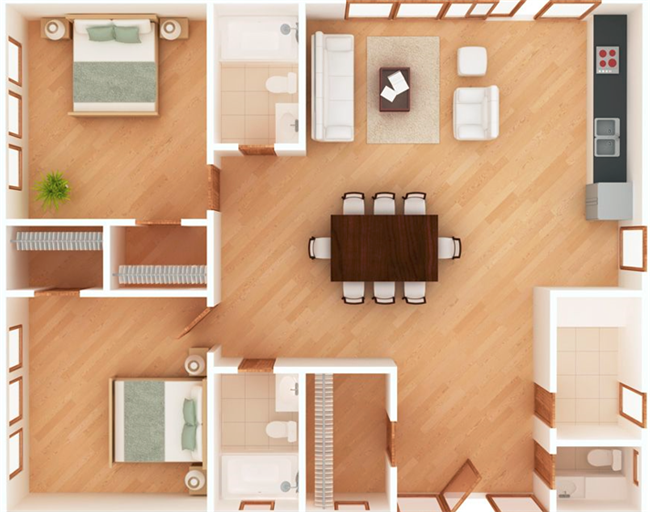 RentCafé is a nationwide apartment search website that enables renters to easily find apartments and houses for rent throughout the United States. The apartment space you can rent for a monthly budget of $1,500 was calculated using price per square foot derived from the average rents and average size of apartments by city, in multifamily properties of 50 or more units, using Yardi Matrix data.

Apartments Are Getting Bigger As Builders Expand Unit Sizes