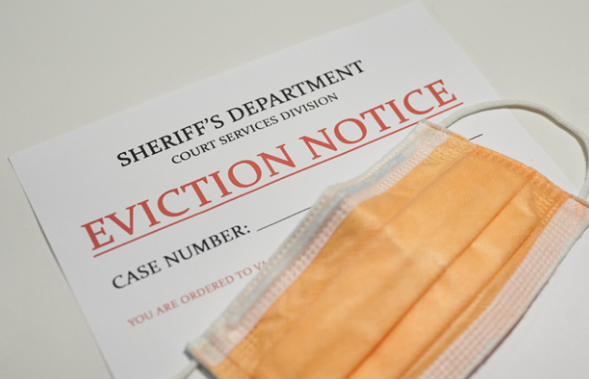 A House panel studying evictions during the COVID-19 moratorium has asked four large corporate landlords to explain and provide documentation on 5,000 evictions they filed, according to The Washington Post.

Invitation Homes, Pretium Partners, Ventron Managemen,t and the Siegel Group were all asked to provide documentation on evictions filed while the federal eviction moratorium was place, in letters sent from Rep. James E. Clyburn (D-S.C.), the Select Subcommittee on Coronavirus Crisis panel’s chairman to the landlords.

Some of these companies “refused to accept rental-assistance funds” as an alternative to eviction, the letters stated, while others have accepted funds and moved to evict families anyway. As a result, such practices have had a “substantial negative impact” on struggling American families, the letters said, according to The Washington Post.

The Las Vegas Review–Journal in June reported on The Siegel Group. The Review-Journal investigation found The Siegel Group had evicted hundreds of tenants at its Siegel Suites and Siegel Select during the pandemic last year. The Siegel Group declined comment. The House panel cited the newspaper’s reporting in letters from Clyburn to company CEO Stephen Siegel, informing him of the inquiry.

The Private Equity Stakeholder Project (PESP) published a report in April detailing how Progress Residential and Front Yard Residential, owned by the private equity firm Pretium Partners, have filed to evict more than 1,300 residents during the COVID-19 pandemic, with the companies filing most evictions after the Centers for Disease Control and Prevention (CDC) Eviction Moratorium went into effect in September 2020.

In “Pandemic Evictor: Don Mullen’s Pretium Partners Files to Evict Black Renters, Collects Billions From Investors,” PESP writes that despite the CDC Eviction Moratorium that took effect on September 4, 2020 and was later extended, Progress Residential and Front Yard Residential have filed to evict growing numbers of residents.  Pretium Partners is the top evictor since the beginning of the year within the seven states that the Private Equity Stakeholder Project has been tracking.

The companies filed more than 500 eviction actions in the first 10 weeks of 2021. Almost half (246) of these filings were in two Georgia counties – DeKalb and Clayton – which have majority Black populations.

Also, Sen. Sherrod Brown (D-OH) has asked for answers from a corporate landlord according to an NPR report after the report by PESP found the firm has been filing for eviction much more often in predominantly Black neighborhoods during the pandemic.

“While evictions can have long-lasting, damaging effects on renters in normal times, they are especially troubling during a pandemic where safe, stable housing can literally mean the difference between life and death,” Brown wrote in his letter to Don Mullen, a former Goldman Sachs partner and founder and CEO of Pretium Partners, NPR reported.

In response to Brown’s letter, a spokesperson for Pretium Partners said in a statement that the company can “unequivocally confirm that no individual covered by a valid CDC declaration has been evicted from our properties.”