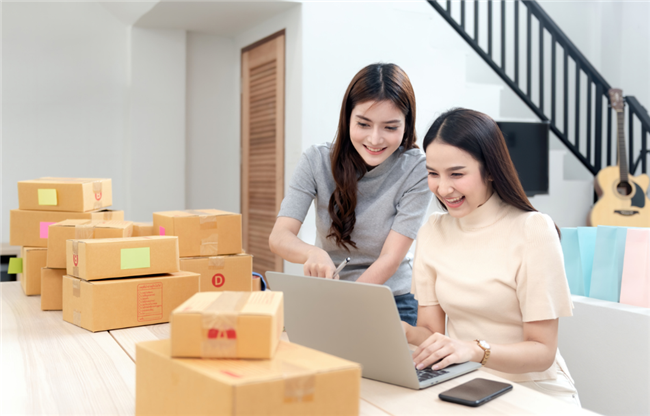 The percentage of Americans who move each year had been declining for many years until the pandemic hit when high-earners moved because remote work allowed many to look for a new place to live, according to a new study.

A remote-work survey from Apartment List shows the majority of movers between April 2020 and April 2021 were either higher-wage workers or those who could easily adapt to remote jobs.

“We find that COVID and the expansion of remote work have encouraged 16 percent of American workers to move during the past 12 months, the first time that mover rate has increased in over a decade,” said Igor Popov, chief economist for Apartment List.

“Perhaps unsurprisingly, wealthy remote workers saw the biggest jump in mobility this year, as they took advantage of remote work to scan the country for their ideal living arrangement,” Popov said.

Households where income was $150,000 a year or more saw the largest jump in relocation, the first time this has happened in a decade. The 16 percent migration represents a 39 percent increase over the estimate by the Census Bureau in 2019. 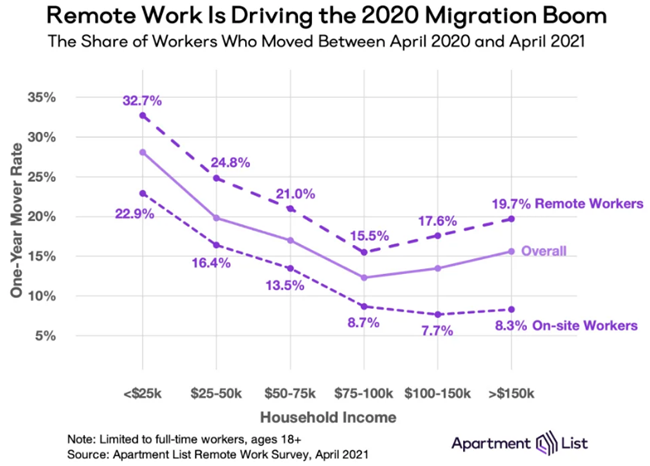 “No longer tied by work to any specific city, remote workers earn higher wages and can take those wages across the country in search of desirable housing,” Apartment List says in the study.

“Specifically among the remote workers in the highest income bracket, the one-year mover rate jumps to 20 percent, more than twice that of on-site workers earning similar wages.”

The report concludes by saying the kinds of individuals who are moving “have the potential to further redistribute wealth if high-paying jobs are no longer concentrated in the nation’s largest, most expensive cities.”

How Will Remote Work Affect Housing After the Pandemic?