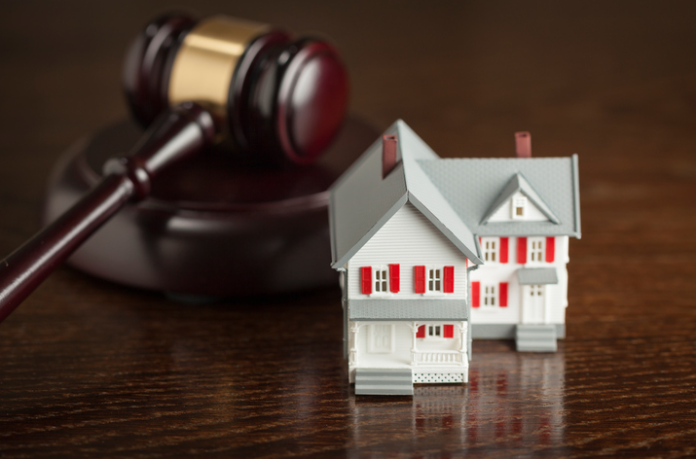 A federal judge in Ohio has ruled that the Centers for Disease Control and Prevention overstepped its authority in issuing a nationwide eviction ban, according to a release.

The ruling is a victory for a group of Ohio landlords and the National Association of Home Builders, who challenged the moratorium in October.

The decision in Skyworks v. Centers for Disease Control  “allows evictions to resume, restoring the landlords’ rights to remove tenants who don’t honor their lease obligation to pay rent,” according to the release from the Pacific Legal Foundation. (PLF). “This is a victory for the rule of law,” said Steve Simpson, a senior attorney at Pacific Legal Foundation – which represented the landlords –  in the release.

“This decision makes clear that federal agencies can’t exercise power Congress has not given them. Now our clients no longer have to provide housing for free.”

U.S. District Court for the Northern District of Ohio Judge Philip Calabrese’s declaratory judgment held that the CDC lacks the statutory authority to promulgate the eviction ban, writing, “Without question, effective pandemic response depends on the judgment of reliable science—not political science. But that obvious truism does not empower agencies or their officials to exceed the mandate Congress gives them.

“One may view the CDC’s eviction moratorium as good and essential public policy or the opposite. But those considerations are not for the Court,” wrote Calabrese in his opinion. “Nor may the Court decide this case based on its own personal or policy preferences or its views of the competing public interests involved. Instead, this dispute presents a narrower question. This case turns on whether Congress has authorized the CDC to adopt a nationwide eviction moratorium.” The judge said that on that question, he found that Congress had not given that authority.

The National Association of Home Builders (NAHB) said in a release, “Because the court determines that the statute is unambiguous and, by issuing a nationwide eviction moratorium, CDC exceeded the authority Congress gave it in Section 361, the court holds that action unlawful and sets it aside, as the APA [Administrative Procedures Act] requires,” the court ruling stated.

“On the second question, the judge explained that all Congress did was extend the moratorium, but never reviewed CDC’s authority to issue the order and certainly never ratified it.

“The government is now in a very difficult position because the court made clear that it was setting aside the eviction moratorium order under the APA.

“At this point, it is unclear whether the federal government will seek to limit the decision only to the plaintiffs involved, or to Ohio,” the NAHB said in the release.

A federal judge in Memphis, Tennessee, Judge Mark Norris, ruled the government overstepped its bounds when it put evictions on hold last year. In his ruling, Norris said the government’s order is unenforceable in West Tennessee. The landlords involved in the case own more than 5,000 rental units across the area.

Another PLF case challenging the CDC’s eviction ban— Chambless v. CDC — is on appeal to the 5th Circuit. Another case against the CDC, litigated by Texas Public Policy Foundation and Southeastern Legal Foundation, received a favorable ruling from a district court judge. A case litigated by the New Civil Liberties Alliance is on appeal at the 11th Circuit.

7 Insights for Landlords on the Federal Eviction Moratorium