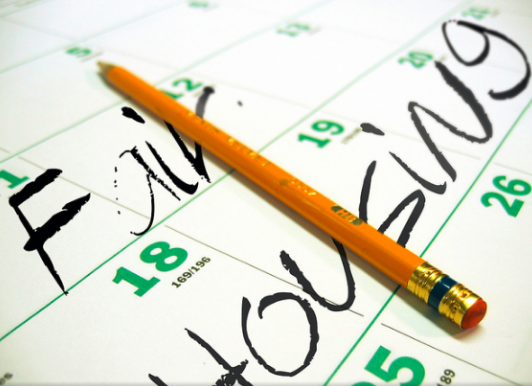 A Pennsylvania apartment owner who allegedly groped and tried to forcibly kiss a female tenant when he was in her unit to perform electrical repairs has been charged with sexual harassment and retaliation, according to a release.

The U.S. Department of Housing and Urban Development (HUD) announced it is charging Allen and Heidi Woodcock, the husband-and-wife owners of apartments in Oil City, Penn., with sexual harassment and retaliation against a female resident. HUD’s charge alleges that the husband groped and tried to forcibly kiss the female tenant and further alleges that the owners retaliated against the woman and her infant child after she told the wife about the husband’s harassment.

The complaint says Allen Woodcock went to the tenant’s unit to perform repairs and to get her to sign a housing-choice voucher. He placed the voucher on the washing machine and asked the tenant to review it.

“When she went to the washing machine to review the paperwork, Mr. Woodcock came up behind her and placed his arms around her, rubbed his hands up and down her legs, and tried to kiss her. Mr. Woodcock’s actions were unsolicited and unwelcomed by (the tenant) who asked Mr. Woodcock to stop. She then quickly signed the HCV paperwork and moved away from Mr. Woodcock,” the complaint says.

A little later during the same visit, “Woodcock asked (the tenant) to come upstairs to help him with an electrical repair that required him to turn off the power. Once upstairs, Mr. Woodcock grabbed (the tenant’s) arm, pushed her against the wall, and forcibly tried to kiss her again,” the complaint says. The tenant then “put her hands on his chest to push him away, again telling him to stop.”

The Fair Housing Act prohibits harassment of tenants and other forms of housing discrimination because of race, sex, color, national origin, disability, religion and familial status.

HUD: Women are entitled to be safe in their own home

“Home is the place where we all should feel safe. Unfortunately, too many women are not safe in their own homes because their housing providers or maintenance personnel subject them to unwelcome sexual advances,” said Jeanine Worden, HUD’s Acting Assistant Secretary for Fair Housing and Equal Opportunity, in the release.

“This is particularly true for women who reside in low-income households. Today’s action demonstrates HUD’s strong and continuing commitment to use the Fair Housing Act to combat sexual harassment in housing,” she said.

“Women should be free from sexual harassment in their own homes,” said Damon Y. Smith, HUD’s Principal Deputy General Counsel, in the release.

“HUD will vigorously enforce women’s right to enjoy their homes free from harassment or intimidation, including unwanted sexual advances.”

HUD’s charge will be heard by a United States administrative law judge unless any party elects for the case to be heard in federal court. If the administrative law judge finds after a hearing that discrimination has occurred, the judge may award damages to the complainant for losses that have resulted from the discrimination. The judge may also order injunctive relief and other equitable relief, as well as payment of attorney fees. In addition, the judge may impose civil penalties in order to vindicate the public interest.